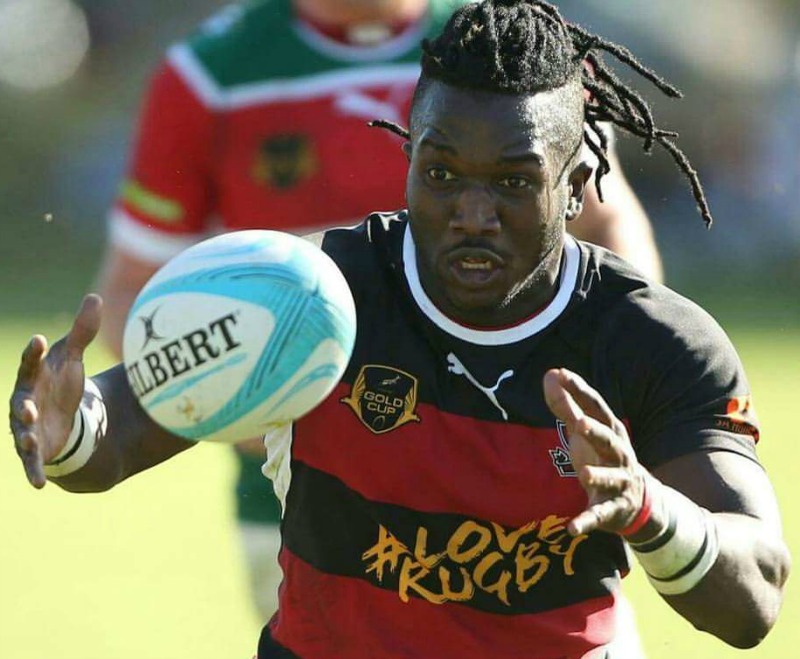 ZIMBABWE rugby international Ngoni Chibuwe has made a massive leap in his young career after completing a move to Spanish club Getxo Errugbia ahead of the start of the new topflight División de Honor de Rugby campaign which begins next Sunday.

The 23-year-old centre, who has been capped with both the Zimbabwe Sevens (Cheetahs) and national fifteens (Sables) rugby teams, was unveiled by his new club this week ahead of the start of the new season and is relishing the new experience.

“I am living my dream. Getxo is a great team. I have always wanted to move abroad. It is the greatest achievement of my career. I am hoping to get a better understanding of the game from playing there. It is a different approach to what we are used to in Zimbabwe.

“This move will help me play more international rugby. I believe I have a lot to learn which will also be good for my country,” he said.

“I am really excited I cannot wait to get there and do my best. It has been a fantastic season for me. It will be a great experience. It is every player’s dream to participate in the biggest clubs in the world. After getting this opportunity, I will try to give everything and work hard,” he said.

Chibuwe’s move to Spain comes after a busy international season in which he was initially part of the Sables squad which took part in the qualifiers for next year’s World Cup before starring for the Cheetahs at the Sevens World Cup in San Francisco, USA in July.

The Zimbabwean star will be hoping to make an immediate impact at Getxo Errugbia as they seek to re-establish themselves after a difficult campaign last season in which they narrowly avoided relegation to the second tier.

Chibuwe, who hails from Mutare’s high-density suburb of Dangamvura, attended Mutare Boys’ High School and later Hillcrest College before moving to South Africa to join the Shark Academy side.

His professional rugby career, however, set off in 2015 after being drafted into the Sharks Sevens rugby side.

In the same year, he received his first Sables cap after being drafted into the squad for the Hong Kong Cup of Nations tournament and his career has been on an upward trajectory ever since as he went on to make to make the Sharks’ squad for the 2017 Currie Cup qualifiers.

Chibuwe has also recently established himself as a key member of the Cheetahs squad playing a key role in the World Cup qualifiers before featuring in almost all the team’s matches at the global showpiece.

Chibuwe is also heaving involved in the development of rugby in his home town of Mutare after launching his rugby academy, Hearts of Stones last year.