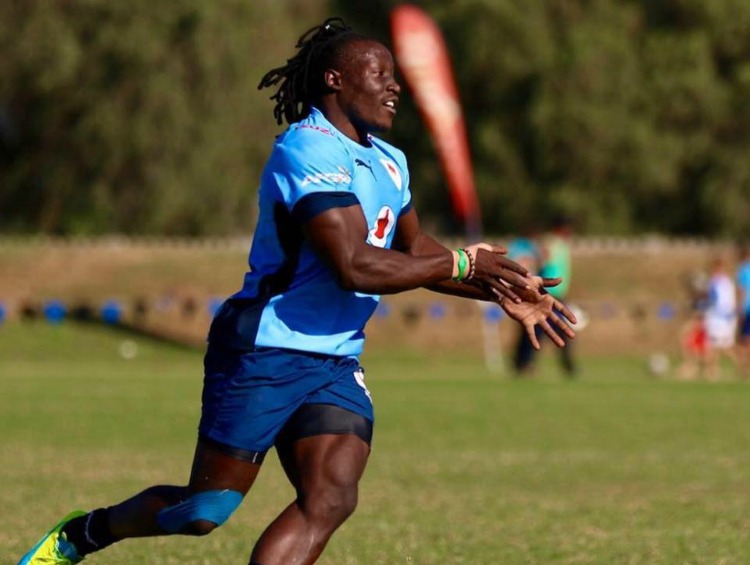 ZIMBABWE rugby international, Tapiwa Tsomondo capped off a memorable season in South African rugby after being named the 2018 Boland Cavaliers Player of the Year during the Currie Cup side’s end of season awards ceremony held in Paarl, Western Cape on Saturday.

Tsomondo was the biggest winner during the awards which saw Marlyn Williams being named Forward of the Year while Valentino Wellman won the Backline Player of the Year.

Hooker Taine-Randall Booysen was also recognised for his impressive debut season by winning the Breakthrough Player of the Year award.

The limelight was however on Tsomondo as he carried off from where he left off last season when he was named the 2017 Western Province Rugby Football Union’s (WPRFU) Club Rugby Player of the Year.

Last year’s recognition after Tsomondo helped the Cape Town-based club False Bay RFC win the coveted Western Province Super League A title for the first time in over 40 years before reaching the final of the inaugural Gold Cup.

Tsomondo has been on a steady rise in South African rugby since moving south of the Limpopo seven years ago.

A product of Prince Edward School, Tsomondo moved to South Africa in 2011 after being offered a rugby bursary at Dale College Boys’ High School in King William’s Town, South Africa.

He went on to become an instant success, helping the Eastern Cape-based school to a successful season, in which they finished in the top 10 of South Africa’s Schools rankings.

Tsomondo’s individual performances attracted the interest from former Super Rugby franchise, EP Kings, while the Durban-based Sharks offered him a place at their prestigious academy.

After a stint at the Sharks Academy, Tsomondo was snapped up by Western Province, where he was part of the squad, which reached the 2015 Vodacom Cup final before joining the Bulls at the start of the 2016 season.

Tsomondo, who moved from Pretoria to Cape Town at the start of 2017 is also a key member of the Zimbabwe national Sevens rugby side after helping the team qualify for this year’s Rugby World Cup Sevens tournament be held in San Francisco, USA.

He is however yet to feature for the national XVs side, the Sables.