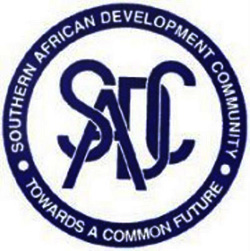 ZIMBABWE’S exports to the region have more than doubled over the last four years driven by commodities, official figures have shown.
According to the country’s statistics agency, Zimstat, exports to the Southern African Development Community (SADC) region have increased by 113 percent from 2009 to 2013 despite the manufacturing sector’s underperformance
The composition of Zimbabwe’s exports to the region, according to the latest Zimtrade weekly bulletin, were dominated by tobacco, minerals (diamonds, nickel, iron and steel), cotton, sugar, cement, raw hides and skins, and wood products.
On the other hand, major imports were fertilisers, petroleum oils, nickel matte, maize, animal feeds, motor vehicles and electrical energy.
SADC remains Zimbabwe’s biggest trading market, absorbing about 90 percent of the country’s products in 2013, the trade agency said.
“Though imports increased by 62 percent from $3.5 billion in 2010 to $5.7 billion in 2011, they slowed down by 27 percent to close 2013 on $4.4 billion.
“At the same time, exports have trended upwards during the period under review, thus putting a check on the widening trade balance that declined by 67 percent to US$1.2 billion in 2013,” said Zimtrade in the bulletin.
“Whilst exports are increasing, of concern is the fact that the structure of trade is skewed in favour of commodities.
“There is, therefore, need to support industry’s endeavours to beneficiate the abundant raw materials that exist in our country and thereby create employment and realise more export earnings.”
South Africa has a dominant share of 79 percent, thus making it Zimbabwe’s biggest export market. Other important markets within the region include Mozambique and Zambia absorbing 10.3 percent and 3.3 percent of total exports, respectively.Advertisement