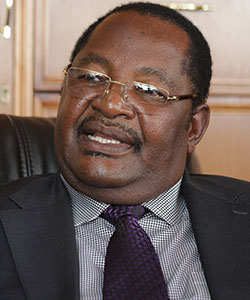 HARARE: Zimbabwe has selected three locations for setting up pilot special economic zones (SEZs) as the country seeks to re-awaken investor interest after a dearth in foreign direct investment, a government minister said on Wednesday.
SEZs allow investors to operate under “special” conditions that are different from the rest of the economy and allow investors more privileges.
Macro-Economic Planning and Investment Minister Obert Mpofu said the Sunway City Integrated Industrial Park in Harare, the Victoria Falls financial hub and the Bulawayo industrial hub would be used for trial runs before the SEZ initiative is spread to the rest of the country.
Consultations on the pilot projects, he said, were on-going while government was pushing for enactment of the SEZ law.
“This (pilot project) is important as it makes us develop deeper understanding and appreciation of the special economic zones,” Mpofu said at a meeting on “investment promotion and SEZs” his ministry jointly organised with the Japan International Cooperation Agency.
Setting up of the zones had received the backing of the majority of stakeholders in the country, he added.
“It is encouraging to note that there is immense buy-in which is expected to give the Bill the necessary impetus for its enactment into law soon,” he said.
“Currently the SEZ Bill is undergoing the due processes and consultations which will see it being passed into an Act thus putting inplace a sound legal and regulatory framework.”
To aid investment in SEZs, government was reforming the doing business environment and revamping its One Stop Investment Shop aimed at facilitating faster approval and licensing of new investments.
Japanese ambassador to Zimbabwe, Yoshi Hiraishi, said attracting FDI was critical for Zimbabwe to attain its development objectives.
“The creation of SEZs in Zimbabwe will hopefully result in an increase of much needed investment from various sources including foreign countries,” the diplomat said.
“Zimbabwe is sadly lagging behind its neighbours in this regard.”
Countries such as neighbouring Mozambique and South Africa are in the process of setting up SEZs and have over the years beaten Zimbabwe in attracting FDI.
Japan and Zimbabwe are keen to elevate their economic relations following President Robert Mugabe’s visit to the Asian country nearly two months ago.Advertisement

“Special conditions are extended in our special economic zones and Japanese business people are invited to take advantage of these,” President Mugabe said inviting businesses in the Asian country to venture into the southern African country.
Observers have warned that even SEZs might not yield desired results as long as there remained uncertainties given government’s tendency to reverse or change its policies.