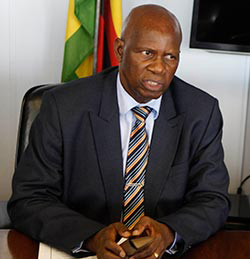 ZIMBABWE has slipped two places down to position 170 out of 189 countries that were surveyed in the World Bank’s Ease of Doing Business Report released last week.
In terms of starting a business globally, Zimbabwe is now ranked at position 150 in the rankings out of 189 economies included in the survey having dropped two places from last year’s 148th position.
According to the report, those seeking to start a business in Zimbabwe have to go through a number of procedures which prolongs the registration process.
The World Bank says starting a business in Zimbabwe requires nine procedures which take in a total 90 days, costing 141.2 percent of income per capita and requires paid-in minimum capital of zero percent of income per capita.
The report said Zimbabwe was the worst investment protector in Sub-Saharan Africa ranking position 128.
The country, which ranks lowly on the World Bank’s ease of doing business index, also has a low project implementation rate, with less than 10 percent of approved projects turning into actual investments in the period between 2009 and 2012, according to the African Development Bank.
The World Bank report has become a barometer used by investors in selecting their preferred investment destinations.
The report says since 2009 Zimbabwe only improved in a few areas when it reduced registration fees, speeding up the name search process and company and tax registration.
On getting construction permits it requires 12 procedures, taking a total of 496.0 days and costs 3055.6 percent of income per capita.
Zimbabwe is also ranked among the worst countries with investment protection laws in Sub-Saharan Africa.
The country is at number 128 in investment protection category according to the latest World Bank report, whilst Zimbabwe’s neighbour South Africa is ranked at number one in the region.
Botswana, Namibia, Angola and Lesotho all fared better than Zimbabwe.
The indicators are based on detailed information collected through a survey of corporate and securities lawyers mostly focusing on securities regulations, company law and court rules of evidence and procedures.Advertisement