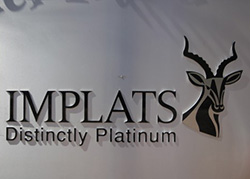 HARARE: According to Impala Platinum (Implats) the miner cannot afford to build a platinum smelter for its 50%-owned Mimosa mine in Zimbabwe, as ordered by the Zimbabwean authorities.
In 2013 the Zimbabwean government proposed a 15% tax on raw platinum exports to compel mining companies to invest in smelting and refining capacity in Zimbabwe.
The tax was supposed to come into effect in January 2015, but was pushed to 2018 to allow the miners time to set up the facilities.
But Implats’ group executive for growth projects Gerhard Potgieter has since said the project will not be affordable.
Potgieter was quoted by Miningmx.com as saying his company had recently completed a feasibility study on the smelter and found it unaffordable.
“This is a clear stance between ourselves and Sibanye-Stillwater,” he said.
Implats CEO Nico Muller was also quoted as saying the company would give the Robert Mugabe administration time to make a decision.
“There are certain realities that we need to face as businessmen. We either make money or not. If we are only making money to pay taxes, then that is not going to work. But we want to give them time to change the decision on the export levy.”
Mimosa is jointly owned by Impala Platinum and Sibanye-Stillwater.
Zimplats still keen on smelter
This comes at a time when another Implats-owned miner, Zimplats, said plans to establish a base metals smelter are still a priority.
Zimplats chief executive Alex Mhembere told the company’s analyst briefing last week that the issue of metal prices has had an effect on the company’s capital and expansion projects, but the base metal refinery refurbishment remains a priority.
“The SMC Base Metal Refinery refurbishment project remains constrained by cash flow challenges arising from the depressed metal prices. The project total expenditure as at June 30 2017 was $23.4m,” said Mhembere.
Zimplats in 2014 indicated plans to start the rehabilitation and commissioning of its mothballed Selous Metallurgical Complex Base Metal Refinery.
Resuscitation of the refinery is in line with government’s thrust to add value to locally produced minerals.Advertisement