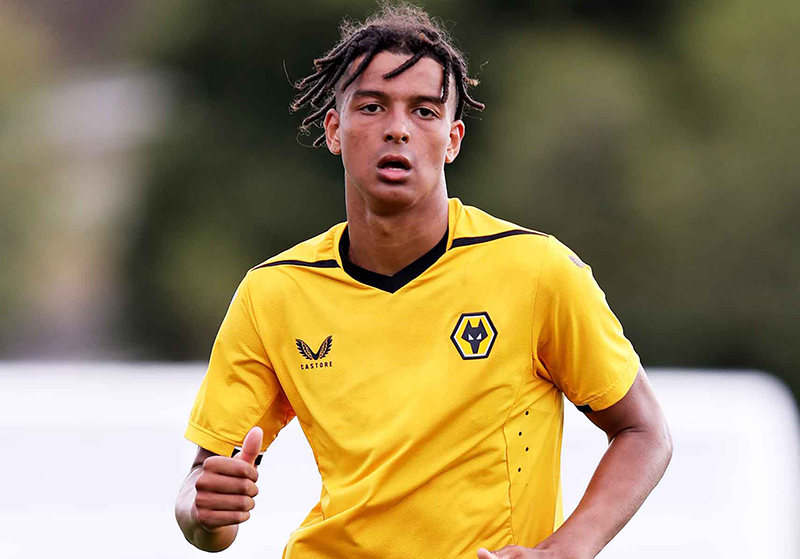 ENGLAND-BORN Zimbabwean teenage starlet, Leon Chiwome has been selected in England’s Under-17 soccer squad for the coming European Championship qualifiers.

Chiwome, who has been enjoying an impressive start to his career at Premier League side Wolverhampton Wanderers’ Academy has made the England Under-17’ 21-man squad which will fly out to Georgia to take part in a four-team group.

The Young Lions side is aiming to reach the elite qualifying round in Hungary next Spring.

England’s first match is against Lithuania Tuesday, followed by a game with hosts Georgia Friday.

They will conclude their tour with a match against Israel back at the Tbilisi Sea Technical Centre Stadium Monday.

There are 13 four-team qualifying round groups, with the top two in each joining top seeds Netherlands and Spain in the elite round, along with the four third-placed teams with the best records against the top two in their section.

The call-up to the England Under-17 side is a big step for Chiwome, who was born in Brighton to a Zimbabwean father and a British mother.

The 16-year-old Wolverhampton Wanderers youngster was recently named as one of the brightest young talents in the Premier League.

Each year, The Guardian compiles a list of youngsters from each Premier League club to keep an eye on, and Chiwome has been highlighted in the 2022 edition.

Chiwome, who was previously on the books of League Two side AFC Wimbledon, scored twice in his first three outings for Wolves’ under-18s.

He has since gone on to make his PL2 debut, coming on for the under-21s at Liverpool earlier this month.

He started last Tuesday’s Papa John’s Trophy game at Port Vale, and will now be hoping to help guide his country of birth to the UEFA EURO Finals in Hungary next summer by advancing through this initial stage of qualifying.