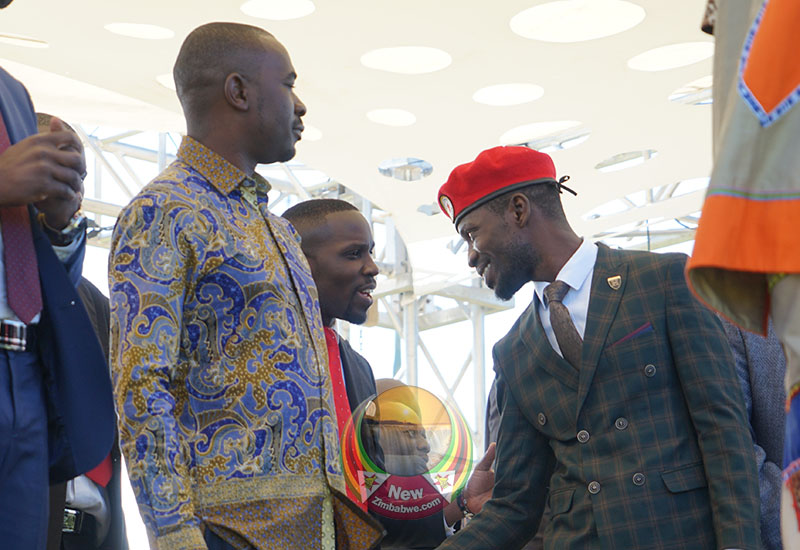 The two are in the country at the invitation of the MDC, which is currently having its elective congress in Gweru.

According to MDC spokesperson Jacob Mafume, Wine was detained for about an hour.

“This is what we have in Africa. We must liberate the continent of artificial borders created by capitalists, a Berlin in Germany led by a chap known as Otto von Bismarck.

“This is what authorities that respect colonial borders do. The MDC does not respect that. We want Africans to be able to travel anywhere they want,” Mafume said without going into details.

Mafume added: “He will share with you details of his ordeal.”

“They demanded to know what he is going to say. They accused him of coming to Zimbabwe to stoke tensions and violence. Security accused the Kenyan opposition leader of trying to inspire an uprising in Zimbabwe. They only let him go after he indicated he would urge dialogue in his speech,” said a source.

Wine was however in deeper trouble and was detained for an hour. His advance team including his spokesperson was kept at the Robert Mugabe International Airport for two hours.

“The MDC receiving delegation almost left thinking the visitors had been sent back. They were however allowed in after two hours. It’s sad and our country needs to rise above this environment of fear and political intolerance,” an MDC senior official who spoke to NewZimbabwe.com said.