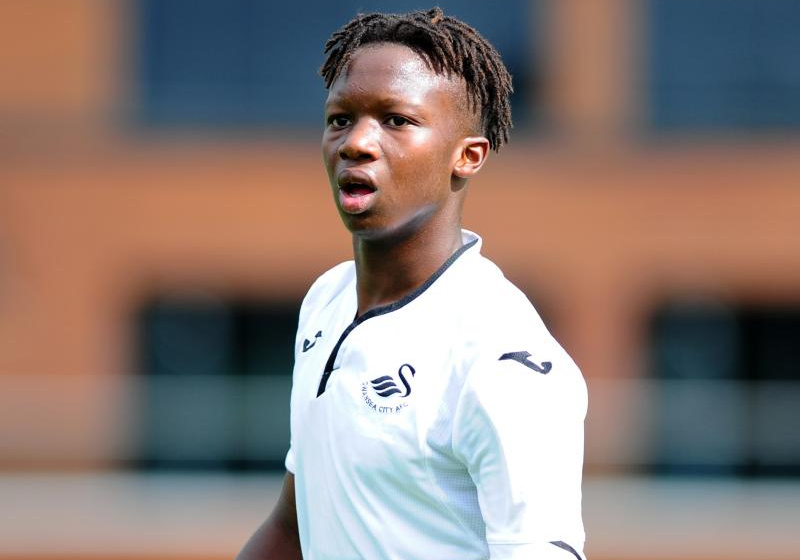 ZIMBABWEAN teenage football ace, Tivonge Rushesha has made a big step in his fledgling football career after signing his first professional contract with English Championship side Swansea City on Saturday.

The 17-year-old, who counts Benjani Mwaruwari and Aston Villa’s Marvelous Nakamba among his role models, is a product of the club’s academy and has established himself in Swansea’s Under-23 side.

Rushesha, who has featured for the Wales Under-17 side, made his senior debut against Cambridge United in the Carabao Cup in August 2019.

In a statement on their official website, Swansea City confirmed that the Zimbabwean teenager had agreed a new deal which will keep him at the club until 2022.

“Tivonge Rushesha has signed his first professional contract with Swansea City, which will keep him at the club until the summer of 2022. The young defender, whose existing deal was due to expire at the end of the season, has put pen to paper on his first pro deal with the Swansea,” the club said in a statement.

“Zimbabwean-born Rushesha has made great strides with Swansea since joining the academy at under-12 level. After signing a two-year scholarship in the summer of 2018, the full-back made 19 appearances for the under-18s last season, while he was also part of the under-19s side that lifted the FAW Youth Cup for a record-breaking 10th consecutive year. Rushesha also broke into the under-23s squad under Gary Richards and Cameron Toshack – making five appearances during the development side’s run to the Premier League Cup semi-finals.”

Swansea City added: “A member of Wales’ under-19s squad, the 17-year-old has further cemented his place in the Swans’ under-23s side this season – playing 12 times in all competitions – while he also made his first-team debut as a substitute in August’s Carabao Cup victory over Cambridge United at the Liberty.”

Although Rushesha has featured for Wales at youth level he can still be available for the Warriors when it comes to his senior national team commitments.

He is the son of a Zimbabwean medical practitioner, Webster Tongoona Rushesha, who left the country to reside in the United Kingdom, together with his family in 2003 when Tivonge was just a toddler.

The young star was drafted into the Warriors for the 2021 AFCON qualifiers against Zambia and Botswana in October but was not able to make the trip to Zimbabwe after ZIFA failed to have his renew his passport renewed on time.