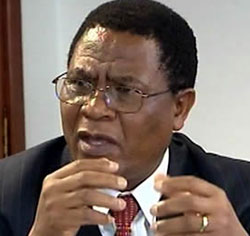 THE agricultural sector will over the next three years benefit from a more than US$500 million fund that the Common Market for Eastern and Southern Africa (COMESA) has set up to improve agricultural production within the economic bloc.
COMESA is a grouping of 19 African States which have agreed to promote regional integration through developing trade as well as natural and human resources for the mutual benefit of their peoples.
Members include Uganda, Kenya, Mauritius, Seychelles, Madagascar, Zambia, Egypt, Libya and Zimbabwe.
COMESA secretary general Sindiso Ngwenya told the media after meeting President Robert Mugabe at State House that the support was also aimed at assisting the Zimbabwean economy to recover.
“We also briefed him on COMESA programmes which have been put in place to support Zimbabwe as Zimbabwe reintegrates with the rest of COMESA membership starting with agriculture,” he said.
“It is for the 2014-2017 period but it can be up-scaled to more than a billion but we have started modestly with a facility that will be US$550 million.
“What I am saying here is it involves the tractors, it involves the planters and all the associated equipment but also agricultural inputs like fertiliser. That is what we are dealing with but it is for the entire COMESA region.”
Ngwenya said he would be finalising the details of the funding with Agriculture Mechanisation and Irrigation Development Minister Dr Joseph Made.
He said the programme was critical for countries like Zimbabwe whose economies were agro-based.
“That programme is there because agriculture is important for an economy like Zimbabwe because the industries that do the agro-processing rely on the input so you can see the value chain.
“One of the things I have said is that you cannot have high yields in agriculture without mechanisation without having the appropriate skills and the inputs,” he said.
The initial batch of the funding would go towards the purchase of tractors, he said.Advertisement