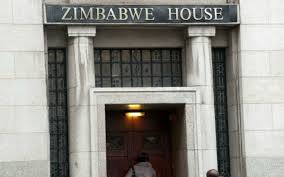 GOVERNMENT is set to cut the number of its foreign embassies to a manageable few as part of its new measures to reduce expenditure and try to draw maximum value from those that shall remain operational.

“Currently, Zimbabwe has diplomatic presence at 46 Embassies and Consulates, staffed by around 581 home based and locally recruited staff,” he said.

“The above diplomatic presence is currently imposing annual budgetary support levels of around $65 million, which is above available 2018 Budget capacity of $50 million.

“Government has resolved to reduce the number of Foreign Missions, thereby optimising the utility value realised from the remaining missions as well as avoiding accumulation of arrears and embarrassing evictions of our diplomats.”

Government, Ncube said, as part of its new focus on economics, will begin a re-orientation exercise to make sure its diplomats shift attention to economic diplomacy.

“Most important is the ongoing re-orientation of our Diplomatic Missions towards economic and trade diplomacy.

“The Budget proposes rationalisation of some of the Missions in pursuit of this objective,” said the treasury boss.

Mnangagwa has anchored his administration on the mantra “Zimbabwe is open for business” moving away from former President Robert Mugabe’s fixation with politics and isolationist policies that turned the country into an international pariah.

As part of government’s re-engagement process, Zimbabwe according to Ncube, is “looking forward” to re-joining the Commonwealth of former British colonies after years in the cold following Mugabe’s angry walk-out in 2003 over accusations of human rights abuses by his regime.

Reports indicate that Zimbabwe has been failing to pay its rentals at most foreign missions while the country’s consulate in Cape Town, South Africa had its building auctioned by former white farmers who lost their land in the chaotic land redistribution exercise undertaken by Mugabe.