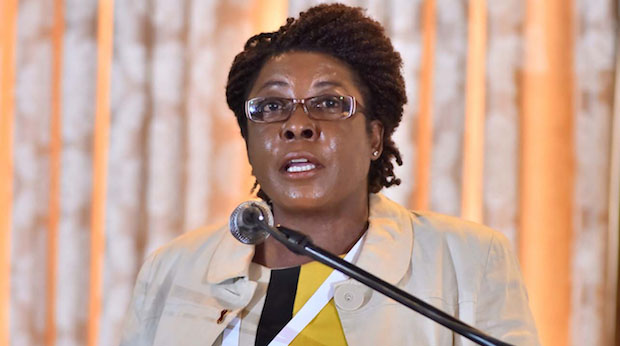 In winning the award Ndhlukula beat leading women businesspeople from across the continent bringing Zimbabwe into sharp focus on International Women’s Day in Durban South Africa.

In accepting the award, Ndhlukula said African women have come a long way to get the recognition they now get globally.

“It’s such an honour for me to receive the award on a special day like today (International Women’s Day). We are coming from very far as women in Africa. This award was totally unexpected. We don’t do what we do so that we are recognised, but there is indeed a reward for giving of ourselves and in doing what we do,” said Ndhlukula.

In the citation to the award, Forbes said of Ndhlukula: “A locally and internationally respected role-role-player in security Simbi-Ndhlukula is also praised for her passion for female economic and social empowerment, founding the Mentorship In Practice Programme and Woman-Owned Brand Initiative.”

Securico employs around 800 women since breaking patriarchal barriers to become a dominant company in the male dominated security sector since establishment in 1998.