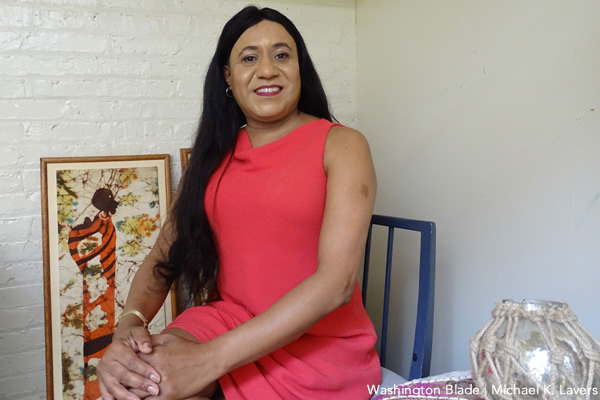 BULAWAYO transgender activist, Ricky Nathanson has been honoured with the Felipa de Souza Outright Award in the United States of America.

The award is presented to inspiring and courageous advocates in human rights and movement to advance the human rights of lesbian, gay, bisexual, transgender, intersex and queer (LGBTIQ).

“The award recognises the courage and activism of grassroots and individuals working for the fundamental human rights of all people,” Ricky told NewZimbabwe.com from the US.

“I was this year honoured with the award at a glittering event in New York at Chelsea waterfront in front of 300 strong audience.

“I was honoured in recognition of my work in advancing the cause of trans-diverse population in attaining their full civil rights.

“I have advocated for rights of the trans-community of Zimbabwe since my unlawful arrest in 2014 at which time the arrest was deemed to be without ground and I was acquitted.

“But at the same year, I filed the much publicised suit against the instigators of my arrest, the Minister of Home Affairs, Zimbabwe Republic Police Assistant Commissioner at Bulawayo Central police.”

Nathanson continued, “All the while I continued my trans-advocacy which grew in stature, so far becoming part of the regional trans-movement and advocating internationally at UN, New York and Geneva.

“It was this act of bravery in my ending fight for basic human rights of a population that is often misunderstood and grossly ill-treated at times to the point of them losing their lives.”

The award embodies the spirit and story of Felipa de Souza who endured persecution and brutality (after proudly declaring her intimacy with a woman) centuries back in Brazil.

Nathanson, who is executive director of Trans Research, Education, Advocacy and Training in Zimbabwe (TREAT), has in the past, experienced discrimination first hand and in 2014, was humiliated after using a ladies toilet.

The following year, Nathanson sued government and police for $10 million for alleged violating of her constitutional rights and damages caused by unlawful arrest, detention, malicious prosecution and emotional distress.