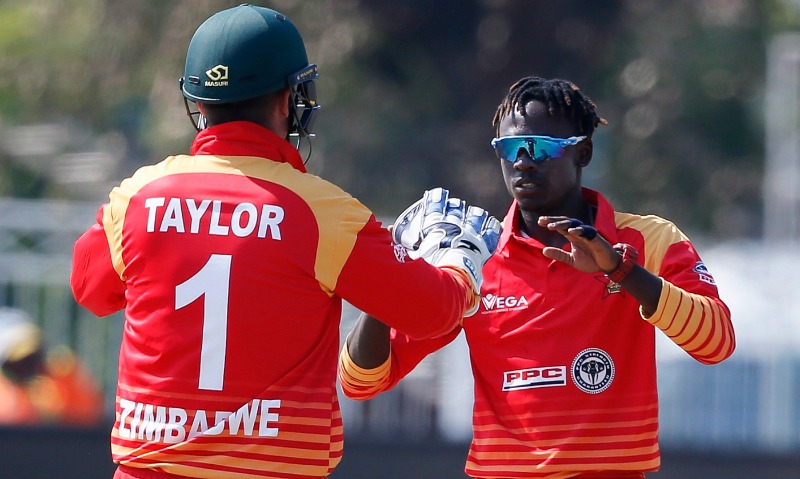 They will join a strong line-up that includes some of the game’s finest players such as AB de Villiers, Eoin Morgan, Lungi Ngidi and Dean Elgar.

Mavuta, who was Zimbabwe’s standout player during the recent tour of South Africa, will join Durban Heat for the league, which runs from 16 November to 16 December and includes 32 games in total.

The 21-year-old Mavuta picked up a R180,000 (US$12,600) deal and will have the opportunity to work with Afghanistan superstar spinner Rashid Khan as well as South Africa’s Keshav Maharaj.

Mavuta said he was surprised to hear that he had been signed after entering the Mzansi Super League draft more out of hope than expectation.

“I’m really happy to be playing in the first ever Mzansi Super League for Durban Heat,” the former Zimbabwe Under-19 captain said.

“I entered the draft in hope rather than expectation and was genuinely surprised and delighted to be selected. I’m grateful for the opportunity and hope I can repay the team’s faith in me,” he said.

The trio of Williams, Raza and Mavuta were part of a group of 11 local players who had thrown their names into the hat in the Mzansi Super League player draft alongside Brendan Taylor, Craig Ervine, Solomon Mire, Tendai Chisoro, Chris Mpofu, Elton Chigumbura, Kyle Jarvis and Neville Madziva.

Surprisingly, Taylor went unpicked but he will be part of the Abu Dhabi T10 League that overlaps with the Mzansi Super League.