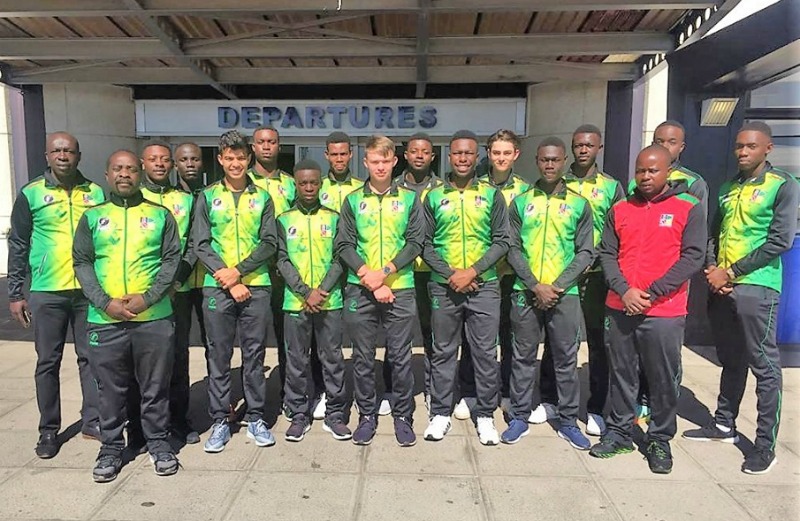 AFTER months of regional and national camps, the Zimbabwe Under-19 cricket team will embark on the final leg of their preparations for the upcoming World Cup when they take part in a Youth One-Day International (ODI) quadrangular in Durban, South Africa starting on Friday.

The Zimbabwean youngsters are expected to leave for Durban, Tuesday for a quadrangular series which will also feature hosts South Africa, defending World Cup champions India and New Zealand.

Zimbabwe will feature in the series Friday with a date against New Zealand at the Chatsworth Cricket Oval before taking on India and South Africa at Kingsmead Cricket Ground on January 5 and 7 respectively.

The quadrangular series’ final and third place playoff matches will both be held on January 9.

After the conclusion of the four-match series, Zimbabwe play two warm fixtures ahead of the start of the Under-19 World Cup. Zimbabwe will take on England in Johannesburg on 12 January and clash with India in Pretoria two days later.

The Prosper Utseya-coached side will be hoping to use the series and warm-up matches as an opportunity for the players in the final squad to showcase their skills in pursuit of a place in the starting team ahead of the 2020 ICC Under-19 Cricket World Cup in South Africa from 17 January – 09 February.

Zimbabwe have been drawn to play against Bangladesh, Pakistan and Scotland with all their pool matches to be played in Potchefstroom.

They face Bangladesh at JB Marks Oval on 18 January, clash with Pakistan at the Witrand Oval on 22 January before they square off against Scotland at the same venue three days later.

Utseya is looking forward to the team playing as a cohesive force in order to finish in a respectable position.

“There’s no easy group in a World Cup,” Utseya said, reacting to the draw.

“As Zimbabwe, we are going to mainly focus on things we can control – that is our game – not so much who is in our group.”

The top two teams from each of the four groups at the tournament will advance to the Super League, while the remaining teams will feature in the Plate championship.

“It’s a given that every team would want to progress to the Super League stage,” Utseya said.

“That said, should we play to our potential, we can achieve greater world-class heights.”