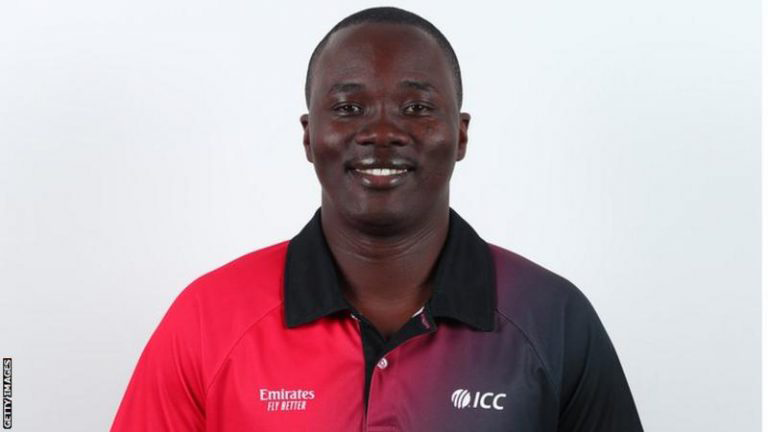 RISING Zimbabwean cricket umpire Langton Rusere has been included on the elite list  of match officials to take part at the upcoming the International Cricket Council (ICC) Men’s T20 World Cup in Australia.

Rusere is one of the 16 umpires appointed for the tournament which runs from October 16 to November 13.

It will be Rusere’s appearance at the T20 World Cup after his debut at the previous edition of the competition which was co-hosted by Oman and the United Arab Emirates last year.

Rusere also stood in the ICC Women’s Cricket World Cup 2022, including acting as reserve umpire for the final.

In total, 20 match officials were announced by the ICC for the first round and Super 12s stages of the ICC Men’s T20 World Cup 2022 in Australia.

Another Zimbabwean, Andrew Pycroft is named as one of the four match referees.

The ICC stated that it is an experienced group of umpires, with the same 16 selected as last year’s tournament which was held in the United Arab Emirates and Oman.

Chief Referee of the Emirates ICC Elite Panel of Match Referees, Ranjan Madugalle, is part of a quartet of former international cricketers who make up the match referees for the eighth edition of the T20 World Cup.  Sri Lankan Madugalle is joined by Pycroft of Zimbabwe, England’s Christopher Broad and Australian David Boon.

Rusere will be the TV umpire in place when Australia and New Zealand kick off the Super 12 round on 22 October in Sydney.

The match is a replay of the 2021 final and Rusere will be joined by Adrian Holdstock and Dharmasena (on-field) and Richard Illingworth (fourth umpire).

Officials have been named for the entirety of the First Round and Super 12s, with the selections for the semi-finals and final of the tournament to be named in due course.

Adrian Griffith, ICC Senior Manager – Umpires and Referees said: “We are delighted to announce the match officials who will be officiating at the ICC Men’s T20 World Cup.

“This group are the very best from around the world and whilst it is a very challenging job with the eyes of the cricketing community focused on every decision, we know they will do an outstanding job and wish them the very best of luck.”