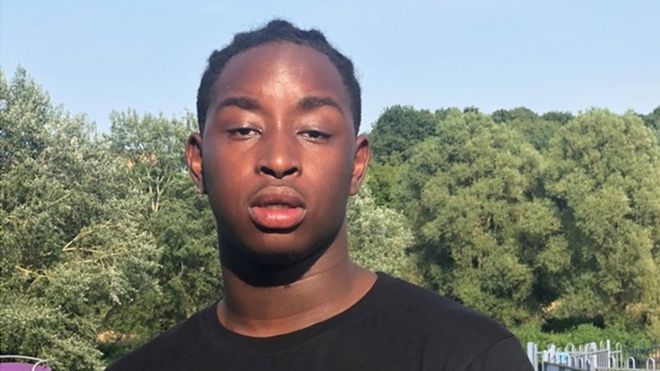 A man has been charged with murder after a fatal stabbing at a hotel.

Panashe Bako, 20, was stabbed at the Crowne Plaza hotel in Holliday Street, Birmingham, at about 19:20 BST on Tuesday and later died in hospital.

Muhammad Khan, 19, of Gowan Road, Washwood Heath, who is also charged with robbery, is due before magistrates in Birmingham on Friday.

In a tribute to Bako his family said: “Panashe was loved by many family and friends.

“We have been robbed and the pain is too much to bear. Our family will never be the same again. Fly high Pipi.”

Earlier, West Midlands Police said they were trying to trace another man, Ceasar Bello, in connection with the killing. The 18-year-old, known as Peace, may have fled to London, the force said.