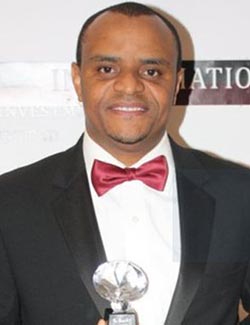 THE final nominees for this year’s Zimbabwe Achievers Awards (ZAA) have been announced and voting is now open to members of the public.
Organisers of the annual red carpet event hailed the public’s enthusiastic participation in the nomination process as more than 550 public nominations were received for this year’s show.
“We’ve sorted all the names that have been put forward and people can now go onto our website to vote for the shortlisted nominees,”  ZAA executive director Brian Nyabunze said.
“I am humbled by the level of public participation in identifying achievers for this year’s show. It only proves, once again, that these are the people’s awards,” he added.
Between now and the 30th of April, members of the public can go to the Zimachievers website and vote for their preferred candidates, and each person is restricted to two votes per category, Nyabunze explained.
Over 80 nominees will battle it out for top honours in nearly 20 categories spanning the fields of business, sport and culture, music and entertainment, academia, and media, among others.
An exclusive category has been reserved especially for 10 outstanding young people in keeping with the ZAA’s theme this year to recognise and celebrate the achievements of the youth.
“The future of any community, of any nation, is reflected in the state of its young people,” Nyabunze said.
“We recognise our youth as the cornerstone of our community’s future and we have decided to especially honour their achievements this year as a way of encouraging their contribution. Most importantly, we hope to promote them as positive role models to their peers.”
The ZAA, now in their fourth year, will be held on the 10th of May at the luxurious five-star Royal Garden Hotel in London’s affluent Kensington district.
With spectacular views of Kensington Palace, which was the late Princess Diana’s official residence, and the magnificent Kensington Gardens, the hotel provides a fitting aura of splendour to what is set to be a night of memorable celebration.
To avoid the inconveniences created by the overbooking of guests at last year’s awards show, ZAA has introduced a world class ticketing system that allows prospective guests to choose their seats upon purchasing their tickets.Advertisement

All tickets are being sold exclusively on the Zimachievers website.