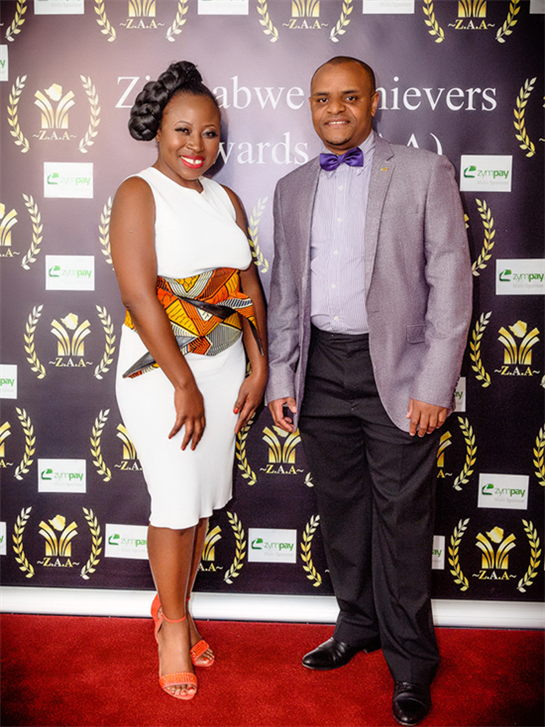 WINNERS and finalists at this year’s Zimbabwe Achievers Awards (ZAA) will get a chance to toast their success and recognition at a dinner to be held in their honour on 24 July 2015 at the popular Mama Jumbe’s restaurant in East London.
In a first post-awards event of its kind, the ZAA will once again roll out the red carpet for those who won or were nominated for awards at the 2015 ZAA gala dinner, which was held in Kensington, London, on the 9th of May.
ZAA Executive Director Brian Nyabunze said the event will give award winners and nominees a special opportunity to celebrate their recognition and also network and share notes about their endeavours.
“It’s only right to honour and continue to recognise all those individuals who are raising the Zim flag high on a daily basis, and working hard to champion various initiatives and businesses here in the UK and abroad,” Nyabunze said.
“As ZAA, we’re honoured to provide platforms of encouragement and recognition for such focused, hardworking, determined and inspiring individuals and organisations.”
“We see this as our humble contribution to the success of our country and compatriots,” he added.
Terrence Jumbe, proprietor of Mama Jumbe’s, said: “We are honoured to host the first ever Zimbabwe Achievers Awards winners and nominees’ dinner because we view the ZAA as a premier franchise in the Zimbabwean diaspora.
“The ZAA coming to Mama Jumbe’s is symbolic to me as the owner because although my outlook is Pan-African, I am proudly Zimbabwean and I see this event as a stamp of support and approval by my own brothers and sisters.
“I invite all Zimbabweans in the UK to come and celebrate the outstanding achievements of those who have been recognised for flying our flag high.”
The dinner is by invitation only and free of charge for this year’s winners and nominees, but the after-party that will be hosted in the nightclub section of Mama Jumbe’s afterwards is open to all.
After five years in the business, the ZAA is now widely recognised as the leading excellence awards platform in the UK and South Africa and will soon be launching in Zimbabwe itself before the end of this year.
A total of 19 awards and more than a dozen special honours were handed out at this year’s ceremony. Up to 85 people and organisations made the final shortlist and have all been invited for the special dinner.Advertisement