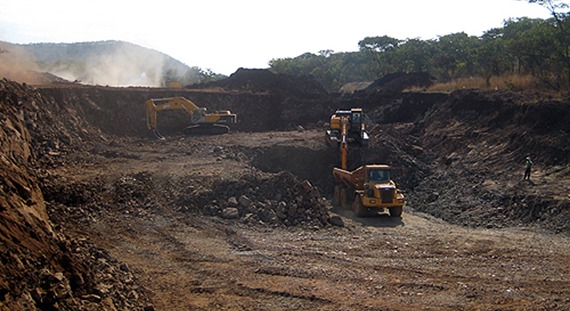 STRUGGLING ferrochrome producer Zimbabwe Alloys is close to sealing a deal with a consortium of local and a foreign investors who could inject over $50 million in the company, The Source has established.
The firm, which was placed under final judicial management in 2013 due to poor performance attributed to the closure of its four furnaces, poor global metal prices and escalating costs, has been struggling to remain afloat.
At the time ZimAlloys was placed under administration, its net asset position stood at $71 million while net current liabilities were at $36,7 million.
Its plight was worsened by the government’s ban on chrome ore exports in 2011 to promote local refinery. The ban was lifted last week, paving way for producers — most of whom were tittering on the brink of collapse — to resume exports.
In the absence of capital to revive operations, ZimAlloys has since last year been recovering chrome from its dumps estimated at four million tonnes and worth $2,7 million, through a Chinese firm in a bid to boost revenue.
An official familiar with the developments who declined to be named said due diligence and viability checks had been completed and that the investors were satisfied with the state of the company.
“We are close to securing investors and it’s a consortium of foreign and local investors who want to take over the whole company. The deal should be completed in the next month or so,” said the official.
The deal should be finalized in the next three months, the official added.
The investment and recent lifting of chrome ore ban by government will see the company upgrade its Lalapanzi plant near Gweru to produce 7,000 tonnes of concentrate per month per month while the plant at Sutton Mine in Mutorashanga would also be upgraded to about 14,000 tonnes.
The initiatives were part of a 2013 plan to breathe life into the company, and were expected to generate $46,6 million in revenue per annum, with an estimated operating profit of $13,6 million.
ZimAlloys is in the meantime targeting to increase its recoveries to between 500 and 800 tonnes per month up from the current 300 tonnes after the Chinese firm recently brought in more equipment, according to the official.
Zimbabwe has three smelters that are in operation — Zimasco, Afrochine and Xin Yu while five others, Oliken, MonaChrome, ZimAlloys, Maranatha and Wel Mine were closed due to low chrome prices.Advertisement