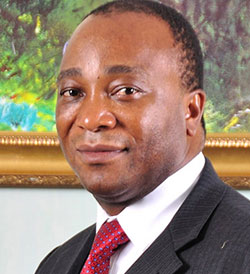 FORMER Anglo American Plc ferrochrome producer Zimbabwe Alloys has engaged a South African firm to recover some residual value from its dumps, in a bid to resuscitate operations as it considers six potential investors to take over the miner, its judicial manager has said.
Zimbabwe Alloys, which was sold to the Farai Rwodzi-led Benscore consortium for the equivalent of $10 million in 2005 was placed under provisional judicial management on July 24 and subsequently under final judicial management on Wednesday due to poor performance attributed to closure of its four furnaces, poor global metal prices and escalating costs.
The group’s net asset position stands at $71 million while net current liabilities are at $36.7 million. Its biggest creditor is Interfin Bank, currently under curatorship, which is owed $20 million.
In a report presented at the High Court on Wednesday, Zimbabwe Alloys’ judicial manager Reggie Saruchera of Grant Thornton said as part of the ferrochrome producer’s medium-term plans, a South African mineral processing firm, Specialised Metallurgical Projects, would extract some chrome metal from half of Zimbabwe Alloys’ slag dump, which is estimated at four million tonnes.
“We expect to sell two million tonnes over a period of four years,” Saruchera said, adding that this would bring an estimated annual revenue of $2.75 million and operating profit of $2.5 million.
The company is also in talks with a Chinese firm to recover metal from the remaining two million tonnes of slag, for an additional $2.7 million, Saruchera said.
Zimbabwe Alloys is expected to increase production to 400 tonnes per month with a turnover of $3 million per year.
Saruchera said the company’s Lalapanzi plant near Gweru would be upgraded to increase production to 7,000 tonnes per month while the heavy media separation (HMS) plant at Sutton Mine in Mutorashanga, would also be upgraded and new equipment installed to realise about 14,000 tonnes of concentrate per month.
All these initiatives are expected to generate $46.6 million in revenue per annum, with an estimated operating profit of $13.6 million.
It is also the judicial manager’s opinion that Zimbabwe Alloys has significant reserves to support its refinery and still has solid basic infrastructure, which can be used to re-develop its ferrochrome production operations.Advertisement

The government this year granted Zimbabwe Alloys temporary permission to export chrome ore, but this expired last month and Saruchera said the company would seek an extension to allow the export of 1 million tonnes over three years.
The government imposed a ban on chrome ore exports in April 2011, in a bid to promote local refining.
“We will meet with the minister and ask to export for three years or more so that we can have money to set up a refinery and a smelter to beneficiate our products,” he said.
The company also owes government $1.6 million in unpaid mining fees for claims.
Saruchera said workers who had gone for seven months without pay had their salaries further slashed by between 15 percent and 60 percent.
Saruchera said six investors had expressed interest in investing in the company and would soon be invited to put forward their bids.
The company requires $50 million to install furnaces to produce at least 100,000 tonnes of high grade carbon ferrochrome annually.
Zimbabwe Alloys is owned by Benscore Investments, which holds 83 percent equity; Spain’s Cometal SA; Cometal Trust Zimbabwe and Rosenmarket Investments, with 10 percent, five percent and two percent shareholding, respectively.