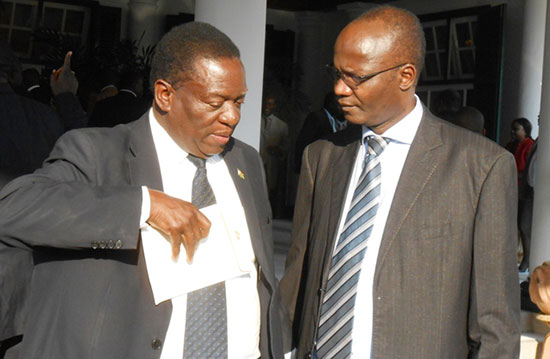 BY now it is expected that the government should have found its feet in addressing concerns of the electorate. It is therefore out of patriotic concern that gloves have to be off in debating economic development issues to find solutions that may assist in steering the economy to a growth trajectory. Just as the liberation war required commitment and sacrifice to achieve the desired outcome, the Zimbabwe Agenda for Sustainable Social and Economic Transformation (ZimAsset) requires the same level of commitment to succeed. We don’t need the rhetoric, half measures and half success in ZimAsset; we need transformational change in order for Zimbabwe to become a first rate developing country and better.
As Zanu PF is the ruling party with the mandate to bring about economic growth, it is worthwhile to examine why, thus far, it has not inspired confidence that it can prop up the economy. Effective implementation and operation of ZimAsset is being hampered by lack of pragmatism; a leadership mindset that lacks ambition in economic advancement, lack of creativity and innovation; and corruption. Outgoing party secretary for women’s league Opah Muchinguri recently raised the alarm bells on corrupt practices by some politically powerful sharks. However and from wherever, they get it, the money is mostly deployed to non-productive assets like buying imported luxuries such as the latest SUVs (e.g. Range rovers, Mercedes Benz etc) and speculative deals while farms lack irrigation facilities, factories are closing down for lack of investment and we don’t know the quantum of our mineral resources underground due to lack of capital for exploration.
The excessive love for money, luxury and power by the few politically well-placed and connected, has become the root of our underdevelopment. Why not show commitment to national development by sacrificing luxuries and invest own resources in productive sectors before inviting foreign investors? The sanctions blame game for almost anything going wrong has become a joke. Under sanctions, South Africa’s apartheid regime, however diabolical it was, promoted innovation for its survival and used its best talent well in industry, which for example saw Sasol producing oil and gas from coal – a technology which it has now exported even to America.
While elder party stalwarts are an important sounding board and pillar of values, some of them have been found wanting on pragmatism, innovation and understanding of the global economic trends. Further, in the context of economic development, the quality of some influential and senior political leaders may not be encouraging. Now, think of for example, a few years back when some of our senior government ministers fell prey to the so-called diesel n’anga. In many parts of the world, that’s called incompetence as these high-ranking politicians could easily have gambled with taxpayers’ money on a fake miracle crafted by a wily witchdoctor-cum-con-woman.Advertisement

As political writer Reason Wafawarova put it, many of these party leaders are just “career politicians” who think of nothing other than consolidating their political power. That’s the hold-up to serious economic progress we face. Perhaps apart from the president who, with indigenous people at heart, and at an advanced age, defied the odds by successfully running for office on radical land reforms, indigenization, empowerment etc, it is hard to think of anyone else who has been in cabinet from the 80s to date who can still add value to the economic advancement thrust we seek.
To be fair, some cabinet ministers have displayed good levels of creativity and or hard work in advancing the developmental agenda. These include Jonathan Moyo (Information), Walter Mzembi (Tourism), Walter Chidhakwa (Mines), Saviour Kasukuwere (Environment) and a very few others. Ministries of finance and industry and trade, should lead the fight for pragmatic and bold changes to some incoherent economic policies that constrain investment inflows.
The thinking that government is a bottomless ocean of resources and is “never broke” is the most careless and disheartening thing that characterizes many of our career politicians. Their failure to comprehend that bloated government expenditure brings down an economy and FDI creates jobs for citizens is legendary. With a shrinking tax base and salaries gobbling two thirds of government revenue, no matter how people-centred the government may want to appear, without growing the revenue base through attracting investment into the economy, it’s a dead-end ahead.
Pragmatism, stable governance (with a constitutionally muscular and independent anti-corruption task force), inclusion and diplomacy are part of the calculus in charting economic growth. We all know that the blanket 51%/49% indigenization law may sound very nice to a rural political base naive to the economics of development, but practically it can discourage major foreign investors. There is no need to be emotional about this fact, but there is every need to be smart, open and pragmatic about it.
Some thinking minds in the government recently suggested a “production sharing model”, much to our sigh of relief, but it seems that was just that – a suggestion. There is need to court and incorporate our top industrialists, scientists, engineers, geologists, economists, financiers etc, both local and based abroad, into some think tank or commission which (a) advises government on economic issues and (b) oversees all major national projects. The latter may spare the general public the usual deep frustration associated with major government infrastructure and other projects that never leave the drawing board or whose funds are siphoned somehow e.g. Beitbridge-Chirundu dualisation, a new gigawatt power station, rail rehabilitation, Essar-NewZim, among many. Our best talent with the country at heart should help influence our economic advancement agenda as is the case elsewhere where wisdom and vision rule the roost.
That said, it is worthwhile to consider the example of Chinese leader Deng Xiaoping, who resolutely began to chart a radically different economic path for his country from 1979.That radical path saw the Chinese diligently coming up with economic blue prints for decades ahead. More importantly, they quietly rolled up their sleeves and simply worked hard, raising their productivity while brutally stamping out corruption. In an unprecedented time and fashion, China morphed into the second largest economy on earth, taking half a billion people out of poverty.
Before that, the Asian Tiger economies (Taiwan, South Korea, Singapore and Hong Kong) had begun taking off on the back of industrialization and export-led manufacturing growth. Zimbabwe‘s resources sector, if diligently and effectively developed, can be a huge platform for broader economic development. Think Norway. Continuously improving productivity in all key sectors of the economy, e.g. tourism, financial services, agriculture and manufacturing is imperative.
With commitment and ambitious goals, ZimAsset could be the beginning of our economic transformation. Only the unimaginative would see such a move as digressing from the party’s campaign message. For example, how can two million-plus jobs be created without radical changes to economic policies? In any event, radical measures are not a new thing; the liberation war and the land reforms are examples of radical measures which achieved their objectives. Reduction in recurrent government expenditure; attractive investment policies; and embarking on a charm offensive diplomacy do not compromise sovereignty or scale back empowerment of locals.
Factionalism in Zanu PF is diverting energy away from economic development issues. Faction leaders are generally viewed as power-hungry individuals with self-enriching schemes up their sleeves. Anyway, any forward-looking organisation always has a succession plan or clear methodologies of choosing a successor. This even becomes more relevant with the naturally logical expectation that at 95, President Robert Mugabe may retire in 2018, never mind the hullabaloo emanating from some quarters.
What appears to elude many of our politicians is that people are interested in witnessing and experiencing robust economic growth and therefore better living standards in their life time. Successful implementation and operation of ZimAsset or any other economic program, to bring real economic growth, is the next big thing after the liberation war and land reforms. The indigenisation laws may still need tweaking as one cannot run away from the fact that we exist in a global economy and therefore compete with other countries for investors. This is not rocket science comrades!
Noel T Ngangira writes in his own capacity and can be contacted at ntngangira@gmail.com