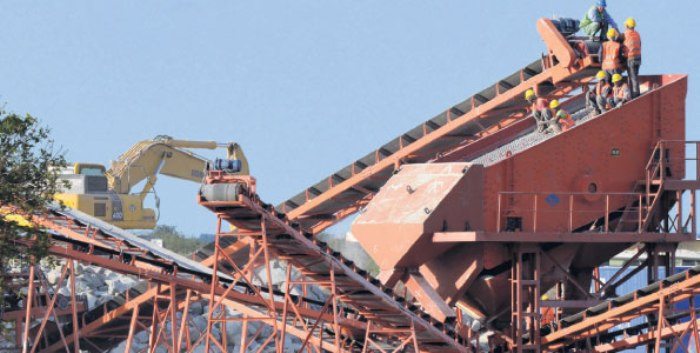 AT LEAST 150 workers at a Chinese company in Zimbabwe have not seen their families for five months after their employer forced them to remain at their plant out of fear that they would spread the coronavirus if they returned home, Zimbabwean local media reported Thursday.

Officials at Diamond Cement, located near Kwekwe, a city in central Zimbabwe, warned the workers at a recent meeting that anyone who left the company would not be allowed to return, one of the workers told The Masvingo Mirror website anonymously due to fears of victimization.

The workers said they have remained at their workplace for five months amid inhumane conditions, including sleeping in cargo containers, the website reported.

Diamond Cement spokesperson George Makonese confirmed the situation, but he told The Masvingo Mirror it was out of their choice that the workers were not going home.

“Yes, we have employees staying at the plant, but they signed indemnity forms. No one was forced to stay at the plant. However, if one leaves, there is a process by which one will come back because of the COVID-19 pandemic,” he was quoted as saying.

He said workers get bonuses for staying at the plant, food and their welfare is taken care of.

“Around 150 employees have been staying at the plant, and at one point, we thought of taking legal action, but we are afraid of losing the case,” he added.

Zimbabwe Congress of Trade Unions Secretary General Japhet Moyo said that if companies keep workers at the workplace for over two weeks, it is unfair, and announced that he will send a delegation to the company to look into the matter, according to the report.

“We are not getting enough food. We sleep in containers, and above all, we miss our children and spouses dearly,” The Masvingo Mirror quoted one of the workers as saying.