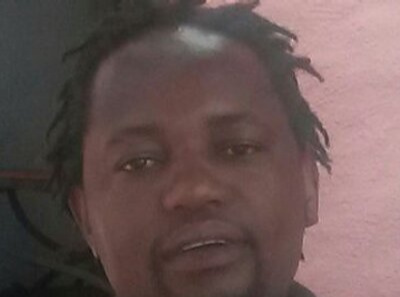 A cursory glance at the history of post independent Zimbabwe provides compelling evidence pointing to the fact that there has been little in the way of organized or galvanized civic action against bad governance, either in its broadest sense or within the ambit of more context specific scenarios of holding to account particular entities, be it at the level of a body public or at individual level.

Our history is littered with certain glaring episodes of sheer political ill governance at the national level that have manifested themselves through myriad of factors ranging from political to economic degeneration over a span of 3 plus decades.

That the political history of Zimbabwe has been characterised by political excesses is not in question, in fact, it has been marked by landmark bouts of political absolutism whose mere memory of, still makes one cringe.

And as is usually the case, political absolutism results in a failing system of checks and balances, with accountability becoming the first casualty. In the eventual scheme of things, looting and plunder become the order of the day.

Some of the most shocking and rarely epic acts of corruption in Zimbabwe have been occasioned by the glaring lack of accountability mechanisms and have largely been perpetrated by the political actors of the day.

This explains why we have seen some grand scale corruption scandals such as; Willowvale motor industry scandal, and the GMB scandal in earlier times, while in the recent past we have had Chiadzwa diamond mining scandal as well as NSSA-Gate, just to mention a few. But I digress.

What particularly spurred me into penning this piece is not so much these egregious or seemingly callous acts of grand theft and or corruption but rather the silence that has often met these corrupt deeds.

The unfolding events of the past month or two have left me thinking whether we as the broader citizenry have not been complicit ourselves by our conspicuous silence to some of these acts of brazen bad governance at a national political level, which in turn culminates in these massive earth quaking corruption or thievery scandals.

It goes without saying that the role of the citizens is to keep its leadership in check, especially where the democratic checks and balances have evidently failed, or where tyranny has ridden roughshod over these.

Over the past couple of weeks, certain unsettling events have taken place that I feel amply demonstrate the point I try to make above and these cannot pass without befitting comment.

First, is a matter that has set a lot of tongues wagging. This pertains award of a tender bid for health supplies to Drax International, in response to the COVID 19 crisis. I shall attempt not to venture into the specificities of this saga, as I believe the facts have since become common cause.

Suffice to say, that qthe tender bid was awarded through a process that was not only murky but reeked of corruption through and through. Not surprisingly,  investigations into the deal reveled the involvement of certain dubious politically connected individuals behind the company and that the bid award was facilitated in equally dubious circumstances by the Health Minister Obadiah Moyo, in a manner that betrayed wanton disregard for set bid requirements.

Interestingly, to date, there has been only been one arrest of Delish Nguwaya, which arrest I must hasten to say has only been promted by the incessant and ever growing public calls for investigation into this corruption scandal of monumental proportion. This followed an expose’ of the doggy deal by prominent investigative journalist Hopewell Chin’ono.

Since the exposure, social media has also been inundated with calls for the stepping down of the concerned Minister Obadiah Moyo, who has neither bothered to account himself nor explain his involvement in this shaddy transaction, showing not only his disdain but total and utter contempt for the public accountability.

What this demonstrates is how rotten to the core this political leadership has become, when those in power elect to line the pockets of the small circles of their cronies at the expense of an entire nation whose lives are on the line in the face of a looming global health crisis. More so, in a country in a country whose already failing economy also has to contend with a near crippled health delivery system tottering on the brink of collapse.

The second matter involves the recent arrest and subsequent remand in custody of the three MDC women activists pending their bail hearing. The trio comprises, MDC-A MP Joana Mamombe, Netsai Marova and Cecilia Chimbiri who were allegedly abducted and sexually molested before being dumped in the middle of nowhere. Again I will no belabor myself with the specific details as I believe they are now in the public dormain.

This being a matter that is sub judice, I will try and avoid the all too real temptation of commenting on the ongoing proceedings and or the competence of the charges preferred. What I will comment on however, is atrocious nature of what is alleged to  have happened to these women activists at the time of their abduction up to the time they of rescue, as well as lacklustre attitude of the police in addressing the allegations during the intervening period  leading up to their re-arrest.

Given the gravity of the allegations and the depravity of the conduct complained of by the trio experienced at the hands of their captors, I find it baffling that the authorities have not bothered to come out and set the record straight. Again, this, to me, points to that same culture of impunity and reluctance of the government to be held to account. But even then what screams louder, is silence of the voice of the broader populace in demanding account.

Thirdly, I also want to single out the recent arrests harassment of lawyers on the back of some infantile and frivolous charges. Lawyers that have fallen victim in this latest wave of arrests, include Advocates Tabani Mpofu and Sylvester Hashiti along with fellow practicing attorneys; Tapiwa Makanza, Admire Rubaya and Lawman Chimuriwo among others.

What is of concern to me is not so much the arrests in themselves, but the clear the unambiguous messaging of how little regard the State pays to the freedom, safety and or security of the individual. Given the role of lawyers, it is a cardinal and established legal position that the State has an obligation to ensure that lawyers discharge their duties and professional functions without intimidation, hindrance, harassment or undue interference.

Yet if the State can so wantonly harass and cause the arrest of lawyers, then who is to defend the vulnerable broader citizenry?

And if we continue to watch the State run riot on fellow citizens, who will hold the last line of defence, if we are quiet while injustice visits our neighbour, who will hold fort for us when the same  injustice finally visits us as well?

Others will contend that this is the role of civil society, which indeed it rightly is, or at least ought to be, but outside the policy and position statements of these civic spaces, the sheer strength of numbers through organised and structured messaging is the real game changer in town.

The recent arrest of Delush Nguwaya, beyond being a mere scratch on the surface of the patently questionable transaction, or being the smokescreen that it is, at least in my considered view, is a show of how the voice of a people rallying with a cause whose message is properly galvanized, can be a call to action.

Let me cap off by reaffirming what I find to be a ring of truth expressed in the following sentiment, “if you are not making noise, you are not paying attention”

Farai Nhende is a lawyer. He writes in his personal capacity and can be reached at fnhende@gmail.com