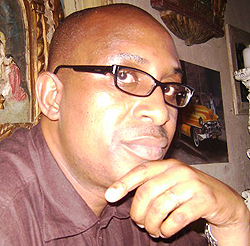 THE end is nigh. This is the beginning of the end. Indeed, this is the endgame.
They had built their own Tower of Babel since independence in April, 1980. Over the years, they convinced themselves that only them, and them alone, had the right to rule Zimbabwe and to enjoy the fruits of our hard won independence.
This is a selfish bunch of men and women. They are cruel, kleptocratic and corrupt to the core. As long as they continue to live in a paradise surrounded by a sea of debilitating poverty, they don’t give a hoot what happens to this great nation when they meet their Maker.
But of late, they are in panic mode. They are running scared. They realise that it’s time up and also that brute force, naked propaganda and overt intimidation will not buy them another tenure in office. Now they are cannibalising themselves; literally tearing each other apart in the restive provinces of Manicaland, Masvingo and Mashonaland West. They are in deep trouble.
These cruel and pitiful little men and women have to be sordidly reminded of some Biblical undertones. Genesis 9 verse 6 states that “whoever sheds the blood of man, by man shall his blood be shed, for God made man in his own image.’’
There will be no impunity. Thieves will have their ill-gotten wealth re-possessed by the people. Rapists and murderers will find free state accommodation at our correctional facilities. The people of Zimbabwe have been long suffering. They have been systematically trashed and abused by a ruthless neo-fascist system that has run down an otherwise mighty nation into a hopeless basket case.
The people never bought the sanctions mantra. It has no takers. We are not going to be hoodwinked by a political system that has perfected the art of kleptocracy, Stalinism, thuggery and obscurantism. The regime is crumbling and the centre can no longer hold. Factionalism now defines the very existence of the former ruling party. It is now dog eat dog. Really, this is a sad sight. But then, they should have seen it coming.
Instead of becoming nation builders, our colleagues on the other side of the political divide, chose to personalise our nationhood. To them, Zimbabwe became their own little, personal estate where they did whatever they wanted with reckless abandon. They looted State resources like men possessed. Most of these comrades, besides decades of looting, having absolutely nothing behind their names.Advertisement

The farms that they grabbed have mostly been turned into deserts with no meaningful commercial agriculture taking place. This is a hopeless bunch of failures. They cannot even run a tuck shop. They have absolutely no business acumen. But they are solely driven by greed and avarice. They have grown fat through naked personal aggrandisement. They have no conscience. Indeed, they thrive on the ordinary people’s suffering. They are thieves and plunderers who should never again be entrusted to run the levers of State power.
At independence in April 1980, Zimbabwe was the second largest economy in Southern Africa; second only to South Africa. We had a very sophisticated rail infrastructure and our manufacturing sector was exporting clothes to leading departmental stores such as Harrods of London as well as Marks & Spencer.
Julie Whyte, a clothing manufacturer in the Graniteside area of Harare, employed no less than 8,000 full-time employees in 1980.They ran three shifts daily; simply meaning that they were working 24 hours seven days a week. This was before the comrades took over. The comrades had an insatiable appetite for personal aggrandisement. In no time, they were cutting corrupt deals in order to line their pockets. We are all too familiar with the corruption saga involving Willowvale Mazda Motor Industries in the early 1980s. Who doesn’t recall the Samson Bernard Mashata Paweni scandal involving the importation of grain during the severe drought of 1982?
The problem with our comrades is that they, somehow, think that the people have short memories. We know these guys. You can only trust them at your own peril. To them, corruption, sleaze and graft have become a way of life. When you decide to settle amongst them, you simply have to join them in their avaricious lifestyle or else you won’t last. They have no shame.
As we prepare to hold make or break elections, we should tell ourselves that never again should we give State power to crooks and dealers masquerading as nationalists and exponents of indigenisation and empowerment. The people have suffered enough at the hands of these pretenders. Zimbabwe desperately needs a break. We want a complete disconnect from the politics of personal aggrandisement, chicanery and maladministration. We have to draw a line in the sand. Our politics simply has to be sanitised across the political divide. We should never accommodate thieves and plunderers in our political trajectory. Men and women who have proved to be selfish, lazy and corrupt should be shown the exit door; no matter who they are.
Zimbabwe needs a strategic national paradigm shift where politicians, first and foremost, are supposed to serve the people before serving themselves. Indeed, politics should not be considered as a source of living as is the case currently. Politics should not be treated as a profession.
Our public media should also adopt a broad-based nation-building agenda. This hate language that is daily churned out on national television and radio stations is not good for anyone. We should strive to build tolerance instead of fanning hatred and division amongst the people.
The public broadcaster should immediately assume the role of a nation builder. And these self-serving so-called political “analysts” who routinely appear on national television spreading hate, alarm and despondency should not be allowed anywhere near a television camera and/or radio studio. We know these fake analysts even by their totems. Most if not all of them are hopeless failures in their personal, professional and business lives. They are desperate little men and women who are singing for their supper. They don’t believe in what they say and they also never say what they believe in.
Opportunists and later day “revolutionaries” should not be allowed to sabotage the people’s agenda. This is not about personalities. No. It’s not. We would like to build strong institutions and not strong personalities. The tragedy in our politics has always been to focus on personalities rather than on issues and institutions. We should empower and strengthen our national institutions that enhance the people’s freedoms such as the Zimbabwe Anti-Corruption Commission and the Zimbabwe Human Rights Commission.
If our politicians have no skeletons in their cupboards, then they simply shouldn’t be scared of strong national institutions. We should also sanitise and reform our security sector. The security sector should be there to serve the people first and foremost. Thus, their primary allegiance should be to the people of Zimbabwe as a whole and not to a particular political party. And of course, the national Police force should not conduct itself as if it is an appendage of a particular political party.  Serving officers in our security services should not be allowed to actively participate in politics.
Surely, Zimbabwe does not deserve to have a sloganeering top policeman! No matter who wins the elections, there are certain ethos that have to be preserved and protected. We will continue to honour the role of our genuine freedom fighters who fought the brutal colonial system until we won our independence in 1980. Our traditional leaders should not be active political players. We respect them but then, we certainly do not fear them. Should they continue to be used as political condoms, we will condemn them without fear or favour.
In the same vein, we should strive to flush out the fake war veterans in our midst. These pretenders make a lot of unnecessary noises and some of us doubt whether these miserable pretenders can even fire a pistol!
A New Zimbabwe is beckoning. A New President is also beckoning. We want to have a fresh start. We are sick and tired of sterile hate-filled propaganda. We want a New Beginning. We want to be free. The days of a personality cult will soon be over. Trust me, change is inevitable and change is coming.
Obert Gutu is the Senator for Chisipite in Harare and he is also the MDC Harare provincial spokesperson. He is also the Deputy Minister of Justice & Legal Affairs