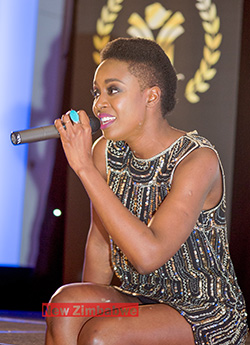 THE fifth edition of the Zimbabwe Achievers Awards was held successfully on Saturday as hundreds turned out to celebrate the achievements of this year’s nominees and winners.
Held at the five-star Royal garden Hotel in Kensington, London, the awards also saw four churches and two community groups receive the Chairman’s special recognition for making significant and consistent contributions to the Zimbabwean community.
They are ZAOGA Forward in Faith Ministries, Apostolic Faith Mission UK, Zimbabwe Catholic Community UK, Methodist Church Zimbabwe Fellowship UK, Zimbabwe Association, and Zimbabwe Christian Men’s Fellowship.
The groups were recognised as part of ZAA’s 2015 theme “Stronger Community, Secure Future”.
ZAA Chairman Conrad Mwanza commended the groups for their work as community support pillars and also called on the diaspora itself to come together and embrace its role in rebuilding Zimbabwe.
“We can certainly make a difference, and I’d like to urge all of us to embrace this challenge and step up to the task of building the Zimbabwe that we would all like to see,” he said.
Mwana Africa CEO Kalaa Mpinga received a Friend of Zimbabwe award for services to business while ANC youth representative in the UK Xolani Xala and Tor Clausen also received a friend of Zimbabwe award.