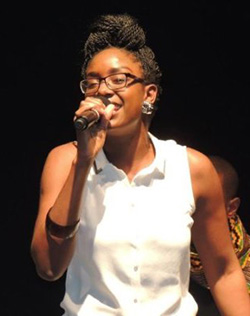 THE annual Zimbabwe Achievers Awards ceremony being held in London on Saturday 9 May 2015 will be streamed live by UK based TV Station Zimbo LIVE TV on Pay-Per-View . The show will begin at 4pm (GMT).
This is the first time ever that a Zimbabwean Awards Event is being offered to those who cannot attend via Pay-Per-View. The service will cost £9.95 and viewers will be able to pay via credit and debit cards and also via Paypal.
ZAA Executive director, Brian Nyabunze said that the team are extremely excited about the upcoming event.
“We’re very proud of how much the ZAA has evolved over the last five years. From the first ever event at The Mermaid Theatre in Blackfriars in 2011 to where we are now, we have come along in leaps and bounds,” Nyabunze said.
“This year, more people than ever before will have access to the ZAA’s fifth anniversary via the pay per view live streaming, giving them an opportunity to join us from the comforts of their homes on Saturday.”
“We are also thrilled to be collaborating with ZimboLive TV to allow viewers to experience all of the ZAA action – not just what happens on stage, but the stories that play out behind-the-scenes as well as on the red carpet,” he added.
The awards ceremony will take place at the Royal Garden Hotel in the upmarket district of Kensington and is set to feature respected acts such as comedian, Carl Joshua Ncube and sensational Jazz Artiste Chashe, among other performing artistes.
Now a prominent red carpet fixture on the African community calendar, the ZAA has established itself as the premium awards ceremony that recognises the success and achievements of Zimbabweans who have pushed the limits against all odds to raise the Zimbabwean flag high and do both themselves and their fellow countrymen proud in their various fields, ranging from business to sport, philanthropy and popular arts and culture.
Ticket sales have now closed and people who would like to make a last ditch effort to attend the show can email ruva@zimachievers.com.
Those who want to watch can use the following URL: http://www.zimbolive.tv .
The LIVE Stream can be watched in HD online, on mobile and on tablet. Zimbo LIVE TV, a high tech Zimbabwean owned TV Station, will be providing the infrastructure for the Live stream from their Reading Studios in Berkshire.Advertisement

Additionally, video highlights from the streamed event will be available as embeddable clips on http://zimbolive.tv/  after the event.