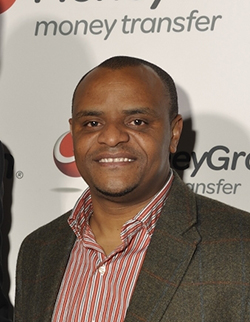 THE Zimbabwe Achievers Awards will this year give special recognition to UK-based church and community organisations that have made significant and consistent contributions to the Zimbabwean community.
ZAA Executive Director Brian Nyabunze said the popular awards event, now in its fifth year, will run under the theme “Stronger Community, Secure Future”.
“Every community needs its institutions as support pillars in order to stand firm over time and secure the interests of its members,” Nyabunze explained.
“The Zimbabwean community in the UK is relatively young when compared to older diaspora communities from the Afro-Caribbean and West Africa, for instance. But we’ve grown in leaps and bounds through sometimes very trying experiences.
“And along that journey, our churches and community organisations have provided us with a reliable and accessible support system where none would have been available to us. For that, we at ZAA would like to take our hats off to them.”
Zimbabweans began to migrate to the UK in droves in the late 1990s courtesy of a visa free arrangement that existed at the time between the two countries.
The numbers surged until 2002 when a visa was introduced. Most of the new immigrants faced challenges of regularising their stay for the longer term as well as accessing employment that was equivalent to their training and experience.
Churches and community groups have played a vital role in providing pastoral care, advice and psychosocial support to members of the community.
Dealing with new ways of working, alienation from family and a familiar culture, or being marginalised by the immigration system often took such a heavy toll on the physical and mental wellbeing of those going through such experiences.
After 2005, and as people’s immigration and economic status became more secure, community organisations focused on issues of business, national development and philanthropy also began to gain prominence.
“Today we can now boast of having set up our own businesses, charities that support people locally and back home, and churches with branches across the UK that continue to play a supportive role,” Nyabunze added.
ZAA 2015 will be held on the 9th of May at the five-star Royal Garden Hotel in London’s affluent Kensington district. The awards event has become the premier platform for recognising and celebrating the achievements of people of Zimbabwean heritage.Advertisement

In keeping with global awards shows where popular comedians are engaged as hosts, organisers have secured comedy king Carl Joshua Ncube’s services as the host for the evening’s proceedings.
Ncube, who has been described by CNN African Voices as the “New face of Zimbabwean Comedy”, broke onto the Zimbabwean comedy scene with his debut one-man show Carl Joshua Ncube’s Big Announcement.
He has performed around the world and will be embarking on his European tour following his appearance at ZAA.
Meanwhile, voting is still open for shortlisted nominees across all categories and closes on Thursday 30 April.
Limited tickets, going for £89.95 each, are being sold exclusively on zimachievers.com until the 3rd of May. The online ticketing system also allows guests to choose their seats online.