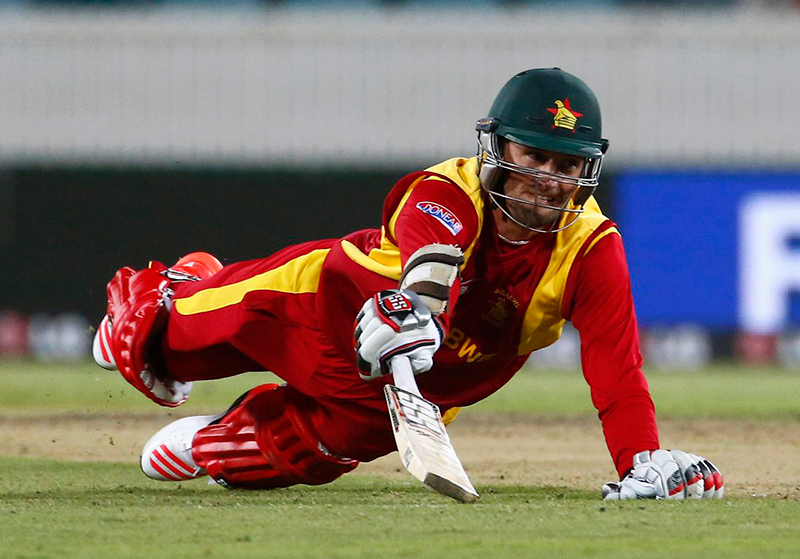 MELBOURNE: Zimbabwe’s hopes of reaching the semi-finals of the T20 World Cup effectively evaporated following their five-wicket defeat by the Netherlands in a Group 2 match in Adelaide on Wednesday.

Craig Ervine’s team fancied a top two place in the group after stunning former champions Pakistan but were virtually eliminated after slipping to fourth place behind South Africa, India and Bangladesh.

They were all out for 117 in 19.2 overs failing to vindicate Ervine’s decision to bat at Adelaide Oval.

For them, only Sikander Raza, who smashed three sixes in his belligerent 40, and Sean Williams (28) reached double digit in an otherwise sorry-looking scorecard.

Paul van Meekeren claimed 3-29 as the Dutch seamers dictated terms throughout the innings.

Max O’Dowd led Netherlands’ reply with 52 and Tom Cooper made 32 as the Dutch side, who have already crashed out, registered their first Super 12 win with two overs to spare.