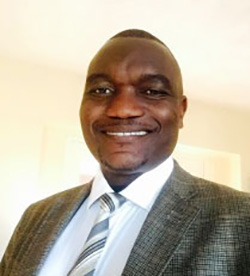 A NEW network of successful Zimbabwe and diaspora based entrepreneurs who are focused on building consortia to increase participation in the country’s economy and access international business opportunities will be launched in Harare on Thursday 16 July 2015.
The Business Ideas Group (BIG) Network, which had its UK launch at the end of May this year, will be unveiled at a networking and cocktail party at the Meikles Hotel.
Leading entrepreneur and PUM Zimbabwe local representative Dr Nigel Chanakira has been confirmed as a keynote speaker and will be joined by other high profile guests from government and the business sector.
Comprised of Zimbabwean nationals and business people operating around the world, including Zimbabwe itself, the network’s primary aim is to facilitate collective working and explore ways of investing in the development of the country.
Danai Gombera, founder and chairman of BIG Network, said the group will focus on fostering and promoting the development of indigenous-owned enterprises in Zimbabwe.
“There is a wealth of entrepreneurial talent in our nation that needs to be harnessed and nurtured through such a platform as the BIG Network where our collective focus can be directed at the big ideas and visions to advance national development,2 he said.
“While we value foreign investment, it is also vital that our very own Zimbabweans based overseas also show an interest in investing back into their own country.
“For instance, our members include airline owners, miners, farmers, company directors, inventors and international leaders.
“Together we can act as a focal point in the development of investment strategies while increasing the participation of Zimbabwean entrepreneurs worldwide by engaging with governments, development associations and other relevant institutions.”
As part of its vision to facilitate the formation of business consortia to pursue various projects across the economy and create wealth, the BIG Network plans to create a Rail Consortium which aims to invest in part of the National Railways of Zimbabwe network.
In May this year, Transport Minister Obert Mpofu told Parliament that Zimbabweans with the resources to invest in the country’s railway sector were welcome to do so.
“I think that the policy is that, if one wants to enter into that kind of economic activity, he or she is free to do so. We can facilitate that,” Minister Mpofu said, adding that his ministry had already received enquiries from private players to put up a railway line between Chitungwiza and Harare.Advertisement

The Big Network’s launch event presents an opportunity to Zimbabweans to register their interest in the proposed consortium and discuss prospective strategies and action plans. The group has in less than two months since its formation notched up more than 300 potential investors who have signed up.
The initiative has also formed a health consortium comprising dedicated and committed medical professionals and entrepreneurs to invest in the country’s health sector.
Details of the consortium and its business objectives will be discussed at the launch. The initiative will also target social needs such as good quality health systems and plans to work with government to remove hindrances to investment in the health sector.
Gombera, who also heads Solar Nation and Primeworth Care in the UK, will travel from the UK with a team of other diaspora-based entrepreneurs to facilitate the launch event.
These include Glorianne Francis, CEO of Gloramo Concierge and lifestyle Management Company and BIG Network’s head of communications, Dr Brighton Chireka – Medical Director of Starkmeditrip, Patrick Cheza – Director of Samano Minerals and Holdings and Group CEO of New Hope Specialist Ltd, and Anotida Senna who is the Operational Director for Almond Care Ltd.
The team is supported by leading Zimbabwe-based businesswomen Zodwa Mkandla of Traverze Travel and Vanessa Chiyangwa Chironga, director of Divaris Makaharis Schools and CEO of Peep Collection and LGS Bags.