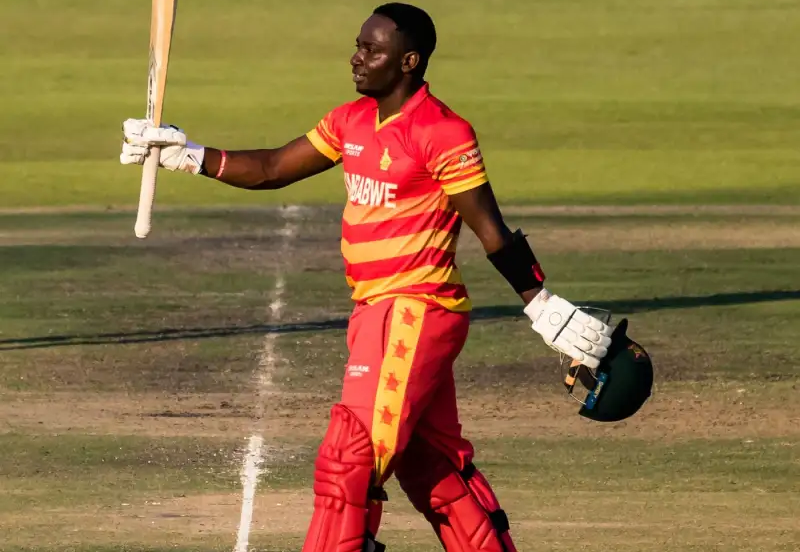 Zimbabwe batsman Innocent Kaia, who recently scored a sensational hundred in the ODI series against Bangladesh, has said that he wants to replicate the same kind of performance against India too because he knows if he does well against India, he will be noticed by a lot of people and it will increase his chances of earning an IPL contract which is a dream for him.

Zimbabwe has been making some good strides in international cricket recently, after going through a slump, and Innocent Kaia is someone who has impressed one and all after making his way into the team. The right-hander, whose favorite player is KL Rahul, said that all the focus of his team recently has only been on playing some positive cricket.

According to Kaia, who was speaking in an exclusive interview with Times Now, he and his teammates are not really reluctant to go for the big shots now, which is a change that has been brought into the system since Dave Houghton has taken charge as the new head coach of the team.

Kaia also admitted that since the Indian team is without the likes of Virat Kohli, Rohit Sharma, and Rishabh Pant for the Zimbabwe tour, it gives the home team a bit of a chance to win the series, but he stressed that he is totally aware of the quality of the second string Indian squad and he knows it won’t be easy for Zimbabwe to win against the second string Indian players.

Innocent Kaia is, however, confident about Zimbabwe’s chances and has predicted a 2-1 series win for Zimbabwe. The 30-year-old wants some performances in an individual capacity as well, as he looks to grab the eyeballs around the world and throw his hat in the ring for an IPL contract.