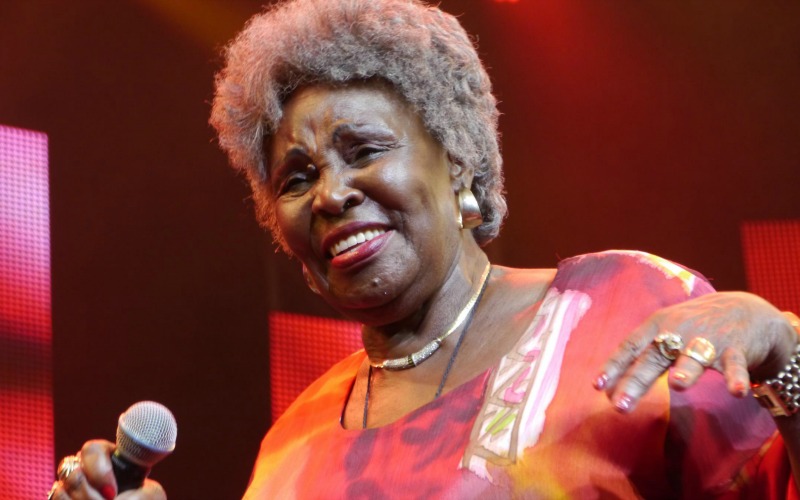 Masuka succumbed to complications associated with hypertension on 23 February in Johannesburg after having suffered a mild stroke last year.

According to her cousin who spoke at the funeral ceremony, Masuka was “a genius and a remarkable woman” who had a long history of joints problem.

Speaker after speaker during the funeral described the late composer and vocalist as a woman of steel who was full of respect and had capacity to galvanise people who sang about injustices faced by the black people during the liberation struggles of nationalist countries in Africa.

Mama Dorothy, or Sis D, as she was popularly known, Masuka was born to a South African mother and a Zambian father in Pumula suburb, Bulawayo, Zimbabwe on September 3, 1935.

Her family moved to SA when she was just 12.

Zimbabwean representative Nicholas Moyo described Masuka as a solid artist and comrade who fought for other people’s rights.

“In Zimbabwe, we always called her Aunt Dot. To me it was very personal. I was also born in this township of Pumula, Bulawayo where I was born too. She was more African than many of us.

“Aunt Dot was sweet and beautiful. She used to love participating in beauty pageants. She won Miss Mzilikazi in 1953. She was confident, fought for what was right and was solid in fighting for artists’ rights.

“Aunt Dot has left a landscape in Zimbabwe that music will live vividly in fondest memories and will be fondly remembered for her boldness.

“Zimbabweans are still grieving the loss of Oliver Mtukudzi, Charles Mungoshi and now Dorothy Masuka. She was passionate about her work. She might have gone but she will be forever remembered.

“Her legacy lives on and Aunt Dot, Rest in Peace,” said Moyo, who is also National Arts Council of Zimbabwe director.

“When you go to Zimbabwe Mr Moyo, tell Zimbabwean people that Masuka has been honoured with the highest honour by South Africa for her artistic work.

“We are burying her at SA’s Heroes Acre, West Park Cemetery, where heroines and heroes (legends) of South Africa are buried,” Mazibuko said.

“Her music touched on injustices black people faced during apartheid. Her music reflected the resilience of an oppressed people and identified herself with African nationalists in Africa.

“She celebrated African leaders with a song ‘Ghana’; the award winning artist was proud of her roots and where she came from and loved singing in her native language. Her music spoke of love, labour and politics of our time.

“Masuka was not just a singer but, an architect of her own destiny. She was a composer. Mama Masuka and her generation chose life of honour than of comfort,” Mthethwa told mourners.

The jazz singer was exiled several times during South Africa’s Apartheid era but still made it to becoming one of the best Jazz singers the world has ever known as she played both local and international genres.