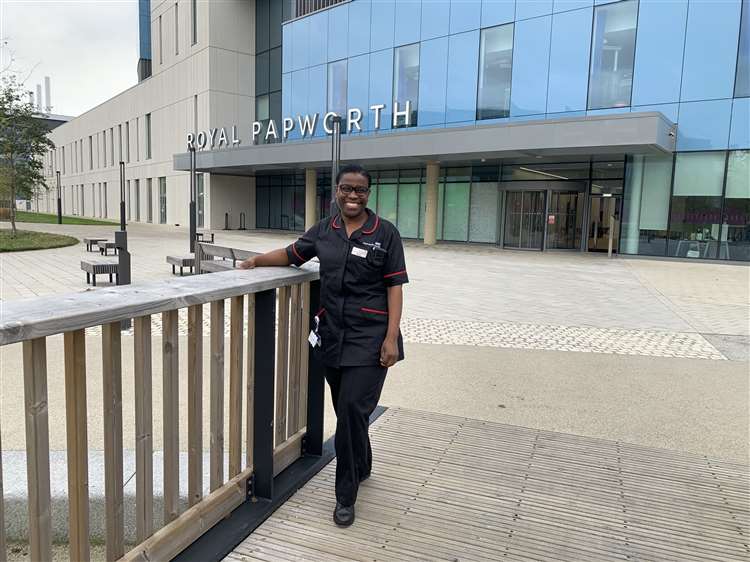 A ZIMBABWE-born nurse, Judith Machiwenyika, now based in the UK, has been honoured with an MBE in the 2021 Queen’s New Year Honours list for her services to the minority, particularly during the Covid-19 response.

According the UK media, Machiwenyika, who is from Huntingdon, is a nurse consultant at the Royal Papworth Hospital NHS Foundation Trust, was made an MBE for services to nursing and to black, Asian and minority ethnic (BAME) equality, particularly during the current Covid-19 pandemic.

An MBE is given for an outstanding achievement or service to the community. This will have had a long-term, significant impact and stand out as an example to others.

Machiwenyika was one of the nurses recruited by the NHS during the recruitment drive of overseas nurses by the then Labour government between the years of 1997 to 2006.

She started her career in the NHS in 1999 and has been at Royal Papworth Hospital NHS Foundation Trust for 21 years.

In 2018, she became the Trust’s Black, Asian and Minority Ethnic (BAME) Network chair.

She was later promoted to a nurse consultant post in the ALERT and surgical advanced nurse practitioner teams and is one of only five nurse consultants at Royal Papworth Hospital.

She said that Papworth Hospital has made some important changes in the last two years.

For example, tighter measures have been put in place to ensure that members of staff from the BAME background are not being disproportionately represented in formal disciplinary procedures “echoing the issues that have been highlighted by professional bodies and the Workforce Race Equality standards data.

“Now, whenever a staff member from a BAME background is being put forward for disciplinary, the case is reviewed by the director of workforce and I use a pre-disciplinary tool to make sure the case meets the criteria for disciplinary and is handled fairly.”

In June this year, Machiwenyika also received a Royal Papworth Hospital Care and Compassion Staff Award for 2020. The award celebrates and recognises staff at the hospital.