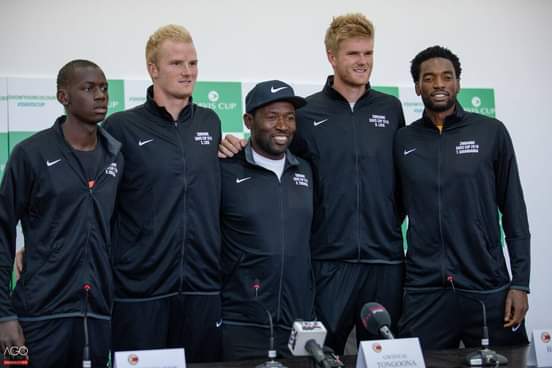 THE Zimbabwe Davis Cup will be looking to upset Tunisia and move closer to a return to World Group I when they clash in a Group II Knockouts tie in Tunis next weekend.

This is the first time the local team will be competing in the Davis Cup since beating Syria 3-1 at Harare Sports Club early last year.

Zimbabwe was supposed to have hosted China in September last year, but the games were postponed due to the global Covid-19 pandemic.

“Tunisia has a stronger team than us on paper, but we are ready for the challenge. It will be an uphill battle for us. And to move up to Group 1 will be big for both teams,” Tongoona told NewZimbabwe.com in an interview.

“We are going there to fight for the win and take Zimbabwe up to Group One. We have done well over the last couple of years to be in this position so we need to keep on fighting,” he added.

Tunisia are the second-best ranked African nation in Davis in 56th place behind South Africa in position 52 while Zimbabwe are ranked 63rd.

Two other African countries, Egypt (59) and Morocco have a better Davis Cup ranking than Zimbabwe.