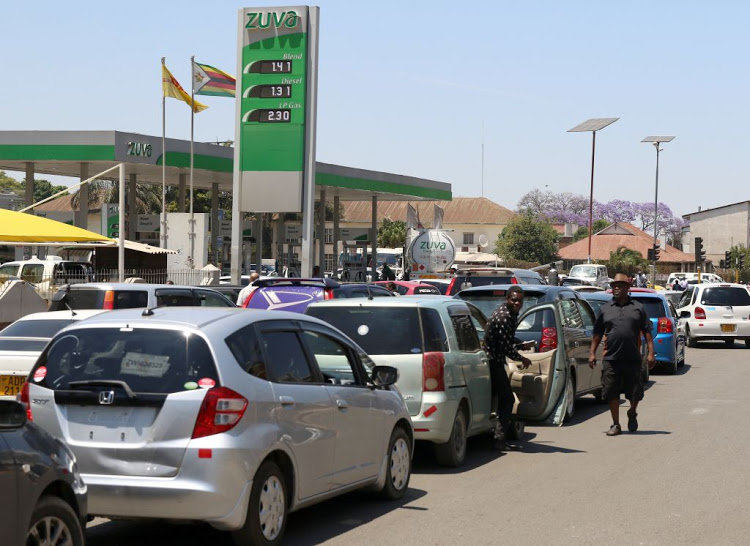 “ZIMBABWE is open for business” was President Emmerson Mnangagwa’s slogan in the July election that was supposed to show that the long and destructive reign of dictator Robert Mugabe, overthrown late last year, is really now a thing of the past. The country has been getting steadily poorer for decades now, but this election would be the turning point.

“You can rig an election – as they did on 30th July 2018 – but you can’t rig an economy, you can’t rig a supermarket or a gas station,” replied Tendai Biti, a leading member of the opposition Movement for Democratic Change (MDC), and it turns out that he was right. Less than three months after the election, Zimbabwe is in a huge economic crisis.

People are getting desperate, because shops are running out of essential items like bread. Even beer is being rationed (two bottles per person), and the cost of everything is soaring as people once again lose confidence in the currency. KFC and other fast-food chains have closed their doors because inflation is moving too fast to calculate.

Zimbabweans are comparing it to the great inflation of 2008, when the Zimbabwean dollar became less valuable than the paper it was printed on – bags full of 100-trillion-dollar notes were not enough to buy bread – and peoples’ pitifully small savings were wiped out.

After that the Zimbabwean currency was entirely abandoned and the country began using American dollars and South African rands instead. Gradually, however, the government began reintroducing a kind of local currency as well, pegged one-for-one to the US dollar, officially called ‘bond notes’ but popularly called Zim dollars or Zollars.

It’s these Zim dollars whose value is now collapsing, while real US dollars have become as scarce as hens’ teeth. Today 361 Zim dollars buys you one US dollar. Tomorrow, who knows?

The government is quite right to say that this is a panic driven by hoarding and speculation – but people are behaving like that because they do not trust the government. Nor should they.

Robert Mugabe was not overthrown last year by a popular revolution. He was overthrown by his own corrupt and overbearing ZANU-PF Party, because he was planning to make his own wife Grace his successor. (Mugabe is 94 years old.)

It was Mugabe’s long-serving deputy Emmerson Mnangagwa who organised his cronies in the army (also controlled by ZANU-PF) to remove Mugabe from the presidency. Mnangagwa’s record of corruption and violence is impressive even by the ruling party’s standards, but he needed to create what looked like a new, cleaner government if the country was ever to escape from its dire poverty.

Zimbabwe was once a prosperous country. It still has ample resources and a relatively well-educated population, and if it could just inspire enough confidence in foreign investors and get control over its huge foreign debts it could start to climb out of the deep hole Mugabe left it in. But for that, it needs an honest, democratically credible government.

This is tricky, because a really free election would almost certainly have removed Mnangagwa and his  ZANU-PF cronies from power. They were never going to accept that outcome, because it’s political power that makes them rich (by Zimbabwean standards). So the election had to look clean, but come out the right way.

Compared to all ZANU-PF’s other election victories, it was relatively clean: little intimidation or bribery of voters except in rural areas and little overt violence. But it was imperative that Mnangagwa win the presidency in the first round, when he faced a half-dozen rivals who split the opposition vote. For that, he needed to get over 50 per cent of the votes in the first round.

He clearly didn’t get it, because the vote-counting (largely controlled by ZANU-PF appointees) took three days longer than expected. After the numbers had been thoroughly massaged, it was finally announced that Mnangagwa got 50.8 per cent of the votes. Congratulations, Mr President!

Nobody believed it, and when opposition protests began in Harare, the police shot six of the protesters dead. That was all it took. The foreign institutions and companies that might have rescheduled Zimbabwe’s debt and invested in the country’s economy decided that it’s still the same old gang in power (as indeed it is), and turned their attention and their money elsewhere.

Three months later the Zimbabwean economy, which had been momentarily buoyed up by the hope of better times, is collapsing. In theory, this should usher in the second phase of democratisation in the country, with massive demonstrations driving ‘the crocodile’ (Mnangagwa) out of power.

In practice, that may not happen. Zimbabweans may be too cowed, or just too exhausted – and ZANU-PF would not go without a fight.