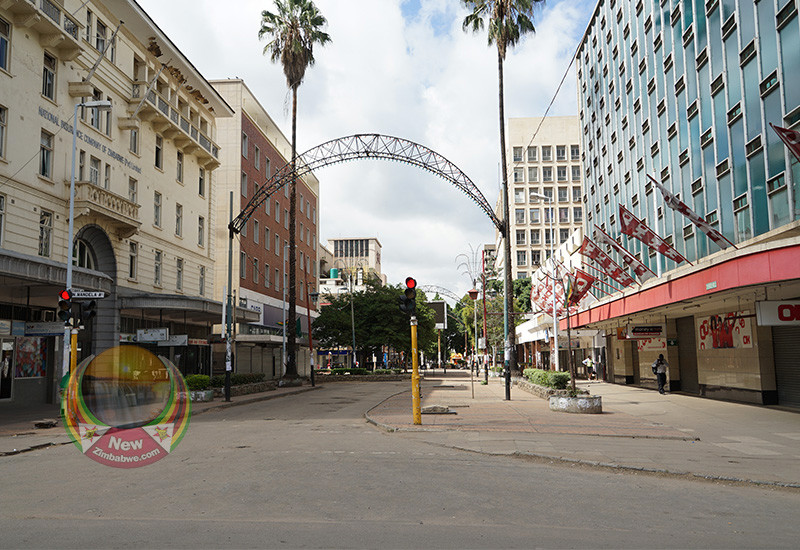 As Zimbabwe approaches the end of its lockdown to contain the coronavirus pandemic, the business community is afraid that an extension would kill their chances of recovering.

President Emmerson Mnangangwa announced a 21-day lockdown on March 30 after the country recorded six cases of coronavirus, with one death. The cases have since risen.

However, the Confederation of Zimbabwe Industries (CZI), the lobby for manufacturers, said an extension of the tough restrictions will bring the economy to its knees.

CZI said 82 per cent of local companies can only pay salaries for one month under the lockdown.

A number of firms, especially in the tourism sector, have sent workers on forced leave while others are already retrenching, citing economic uncertainty.

CZI said that while the lockdown was necessary, the poor state of Zimbabwe’s economy and the government’s lack of capacity to bail out struggling companies must be taken into consideration when handling the crisis.

“In Europe they have allowed production to continue including that of non-essential goods except in Italy and Spain,” CZI said in an assessment of the lockdown released last week.

The two European countries have the most fatalities from Covid-19.

Delta, the biggest company in Zimbabwe by market capitalisation, also successfully lobbied against a police ban on the selling of alcohol during the lockdown period.

Other major companies, especially in the mining sector, have been forced to either stop production or drastically reduce output in response to the coronavirus outbreak.

The Chamber of Mines, which represents Zimbabwe’s major extractive firms, said early this month that mineral production could fall by 60 per cent in the second quarter due to the pandemic.

Tobacco exports, the country’s top foreign currency earner, are set to be hit hard by the global pandemic as there is already uncertainty over this year’s marketing season for the golden leaf that was expected to start this week.

Authorities are contemplating postponing tobacco auctions for the second time this year as major buyers are in countries hit hard by the coronavirus outbreak such as China.

Zimbabwe has offered little relief to companies to cushion them against the impact of the pandemic with the Reserve Bank of Zimbabwe (RBZ) cutting the lending rate to 25 per cent from 35 per cent.

CZI said a mini survey conducted among its members after the lockdown came into force that the firms had no capacity to resume production once they stopped for several weeks.

“Our businesses and our government both have no capacity to sustain the costs of a total lockdown,” CZI said.

“A preliminary analysis of data collected from businesses across all sectors of the economy on the impact of the lockdown show that companies are not able to sustain payment of wages and salaries for longer periods without production resuming.

The International Monetary Fund (IMF) last week projected that Zimbabwe’s gross domestic product will contract by 7.4 per cent in 2020 due to the impact of the coronavirus.

Before the full impact of Covid-19 became apparent, the IMF cut its own projection for Zimbabwe’s economic growth this year from 2.7 per cent to 0.8 per cent citing drought and government “policy missteps.”

Rodney Ndamba, an economic analyst, said Zimbabwe’s industry was fragile and the coronavirus outbreak had worsened the situation.

“The private sector in Zimbabwe operates on fragile business models that only survive on government protectionism and shadow competition,” Ndamba said.