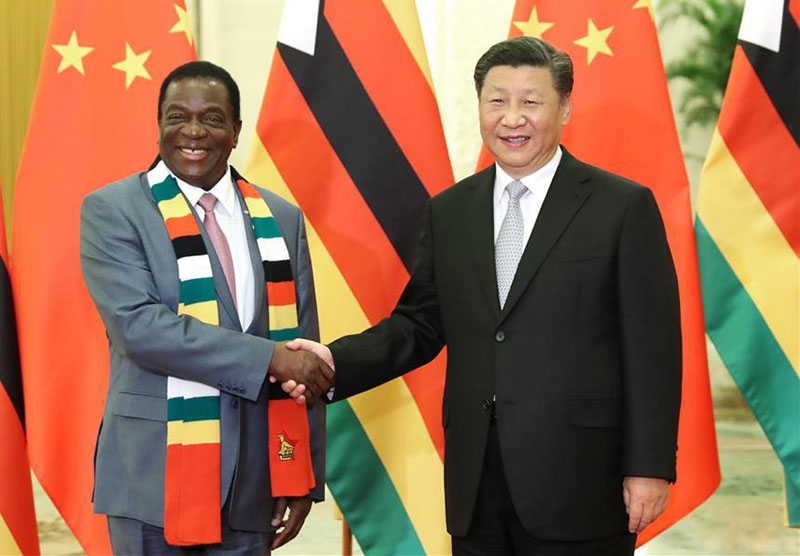 Zimbabwe and China on Friday signed a memorandum of understanding for accelerated implementation of bilateral cooperation projects between the two countries.

In particular, the two countries want to promote the joint implementation of economic and trade measures they agreed to under the Forum on China-Africa Cooperation (FOCAC) framework.

Some of the cooperation agreements covered under the MOU include the upgrading of China-Zimbabwe Friendship Hospital built by the China in Mahusekwa, Marondera District in 2012 and the handover certificate of 800,000 cash donation to assist victims of Cyclone Idai.

A statement released by the Chinese embassy in Harare after the meeting between Qian and Moyo said the two sides agreed to boost cooperation in various areas.

Moyo said through its cooperation with China, Zimbabwe wants to implement projects that have immediate tangible benefits to the people and do not constrain the country’s debt situation.

He said Zimbabwe wants to expand its financial cooperation with China so that it stabilizes its financial sector currently reeling from foreign currency and cash shortages.

Zimbabwe is keen to strengthen trade and industrial cooperation with China so that it improves its manufacturing capacity and export of value added goods, he said.

Moyo said Zimbabwe also wants to have stronger aviation ties with China through establishment of a direct air link between the two countries.