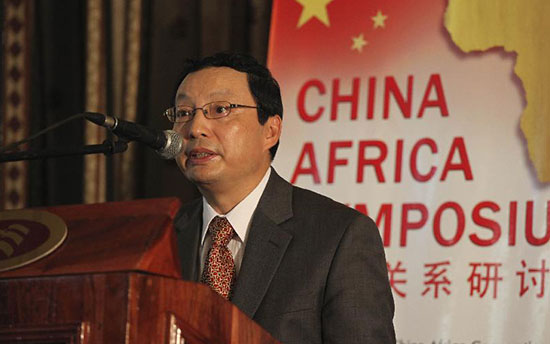 TRADE between Zimbabwe and China grew marginally to nearly $1.2 billion between January and November last year compared to $1,1 billion for the whole of 2013, an official has said.
Chinese ambassador to Zimbabwe Lin Lin said the growth in trade was linked to strengthening political relations between the two countries.
“In terms of trade, China is now one of the most important partners of Zimbabwe. In the first 11 months of last year, our bilateral trade rose to $1,16 billion which has already exceeded that of the whole year of 2013,” the envoy told delegates at the launch of a Chinese funded $5,4 million high computing centre at the University of Zimbabwe.
“Bilateral trade reached $1,1 billion in 2013 which is almost double the figure of 2010 and it was in Zimbabwe’s favour,” he added.
Without providing figures, the Chinese ambassador said the trade balance was in favour of Harare.
“It is worth noting that tobacco products and cotton amount to about 80 percent of Zimbabwe’s exports to China, which has contributed greatly to the revival of agriculture in this country,” Lin said.
Shunned by the West owing to sharp political differences in recent years, Zimbabwe adopted a Look East Policy over a decade ago and has largely increased its reliance on China, which is described by government as the country’s “all weather friend.”
The Asian giant is now the biggest source of imports for Zimbabwe, with cheap products manufactured in the Asian nation threatening the survival of local industries.
Lin said China has in the last three years provided Zimbabwe with over $100 million in interest-free loans and grants while the Chinese Exim Bank had extended over $1 billion in concessionary and commercial loans.Advertisement