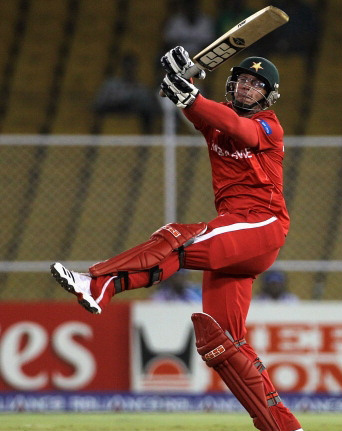 NATIONAL cricket coach Dav Whatmore expects their tour of Pakistan later this month to be a “tremendous success” and said he would not travel if he thought lives were in danger.
Zimbabwe will be the first country to tour Pakistan since a gun attack on the Sri Lanka team bus in Lahore in 2009 left seven players injured and six policemen plus two civilians dead.
The team leave on Sunday to play two T20 matches, starting on May 22, and a three-match one-day International series that begins four days later.
“I’m fully behind the tour and I believe it’s going to be a tremendous success,” Sri Lankan-born Whatmore, who coached Pakistan for two years from 2012, told Reuters via telephone from Harare.
“I understand others feel differently, but I would never put anybody else in an unsafe environment. I understand the significance of this tour to Pakistan and I’m very happy to go.
“To have a full member nation play international cricket in Lahore and the state of Punjab is hugely important for Pakistan and transcends cricket.”
A delegation including Zimbabwe Cricket managing director Alistair Campbell travelled to Lahore last week and was satisfied with the security measures to be put in place by local authorities.
The Zimbabwe squad announced on Tuesday sees the return of a number of experienced players.

There is real potential here to move ahead … Dav Whatmore