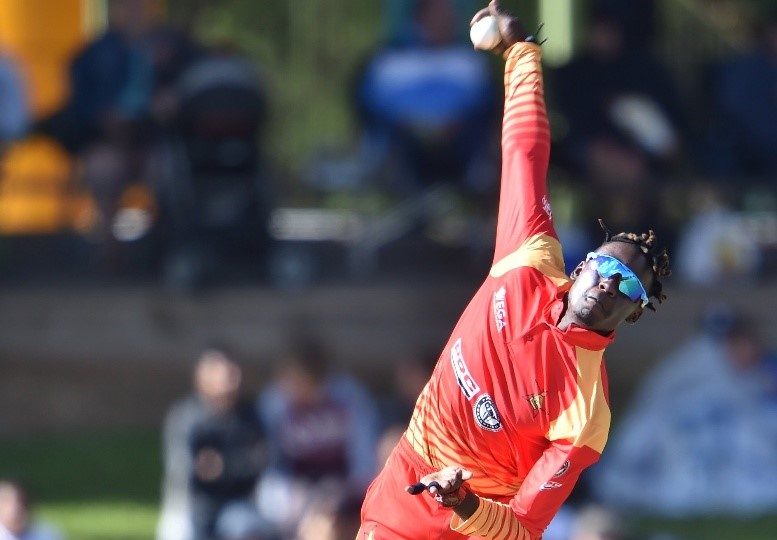 ZIMBABWE cricket team leg spinner, Brandon Mavuta is set for another stint on the English club cricket scene after re-signing with the Huddersfield-based Thongsbridge Cricket Club for the upcoming season.

The 25-year-old spinner, who recently led Mid-West Rhinos to the Pro50 Championship final will be making his return to Thongsbridge after a successful first sojourn in 2016, where he finished the campaign as the highest wicket-taker in the Drakes Huddersfield League.

Mavuta’s move to England comes hard on the heels of a very impressive season locally where he finished as the leading wicket-taker in the 2022/23 Pro50 Championship season which ended a couple of weeks ago.

Mavuta finished the season with 28 wickets in nine matches and was crowned bowler and player of the tournament.

His impressive individual performances have led to calls for him to be recalled to the senior men’s national team.

The Kadoma-born spinner has already represented the country in two Tests, seven One Day Internationals (ODIs) and nine Twenty20 Internationals since making their international debut against Australia in 2018.

In addition to being a frontline spinner, Mavuta, who boasts over 200 domestic wickets, is also a more than useful batter, with a century and three fifties in first-class cricket.

He is looking to progress in the game and whilst he has targeted Franchise opportunities in the future.