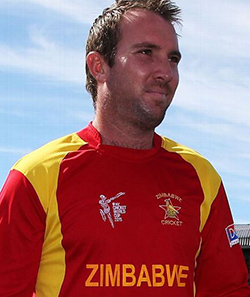 ZIMBABWE Cricket (ZC) has once again found itself in financial trouble and failing to pay its workers full salaries.
The Chevrons, who are currently hosting West Indies for test match series in Bulawayo, will receive half of their dues at the end of October.
This comes at a time when the cricket body has been luring some of its best players who had quit national team duties to take up lucrative overseas contracts.
Recently, two of the country`s best cricket players, Brandon Taylor and Kyle Jarvis returned home.
Both players featured in the first test match against West Indies, which the Chevrons lost by 117 runs.
Taylor, the former test captain, terminated his contract with Nottinghamshire in the England Cricket County while Jarvis, cut short his stay at Lancashire.
In a statement, Friday, ZC spokesperson Darlington Majonga confirmed the financial situation confronting the cricket body.
“On 25 October 2017, ZC sent out a confidential internal​ memorandum to all its employees advising them that due to a situation beyond ​its​ control​, ​ the​ staff​ would be receiving part of their October salaries by the end of this month, with the rest being paid later,” he said.
“The decision to withhold part of the staff​ salaries was​ in order for ZC​ to balance ​its​ strained cash flows​, and this course of action was advised to staff​ after ZC had exhausted all other possible alternatives.”
Majonga also confirmed that they were still working on clearing legacy debts which are still haunting ZC.
The second and last match of the two-test series will run from October 29 to November 2, at Queens Sports Club. Advertisement