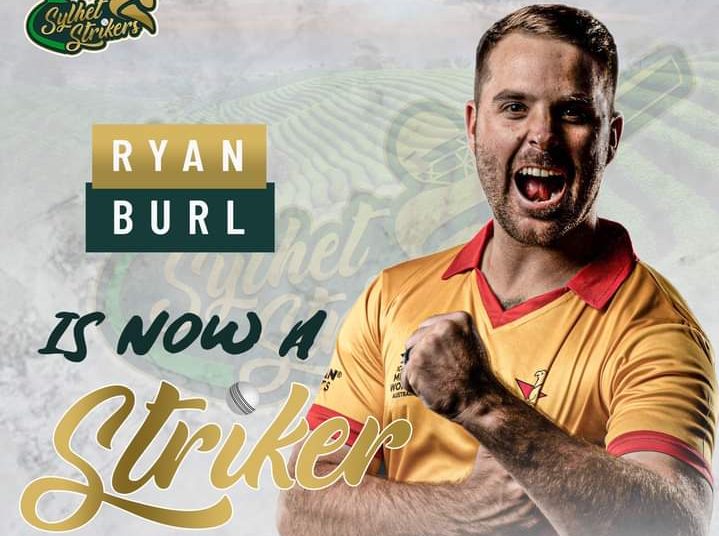 ZIMBABWE cricket’s rising gem, Ryan Burl has joined the Sylhet Strikers ahead of the upcoming season of Bangladesh Cricket League.

“Burl is now a Striker! We welcome Ryan Burl to our Sylhet Strikers family,” the club said in a statement on its official Twitter page.

Sylhet has also named veteran Mashrafe Mortaza as their icon player for the biggest T20 tournament in the Asian country.

The 43-day-long league will get underway on January 5 next year with the grand finale scheduled for February 16.

Burl, the hard-hitting left-handed batter-cum-leg-spinner, has been one of the rising stars of the Zimbabwe cricket team which has been enjoying a brilliant run in international cricket in recent months.

The major highlight of his season thus far came against Australia, when Zimbabwe made history by winning in that country for the first time.

Burl finished with remarkable bowling figures of five wickets for just 10 runs after ripping through Australia’s star-studded batting line-up which was dismissed for 141 as Zimbabwe went on to record a historic three-wicket victory.

The Marondera-born rising star is currently part of the Zimbabwe squad, which has been enjoying an impressive run in the ongoing T20 World Cup in Australia, where they reached the Super 12 stage of the competition for the first time.

In fact, it was Burl, who hit the winning runs as Zimbabwe beat Scotland to qualify for the Super 12.

Zimbabwe went on to record a remarkable one-run victory against pre-tournament favourites Pakistan in their second Super 12 match in Perth last week, before narrowly losing by three runs against Bangladesh Sunday.