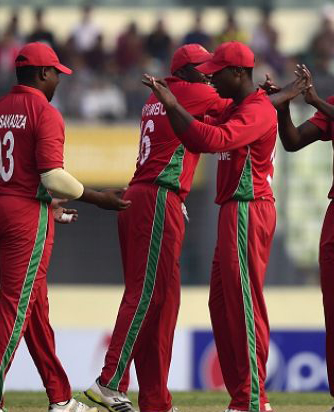 ZIMBABWEAN cricket slipped further into crisis after players refused to train on Wednesday in protest over unpaid match fees and new contracts.
The cricketers took advantage of the board’s annual general meeting held on the same day to register their displeasure.
All cricket players in Zimbabwe, both international and domestic, are currently out of contracts. The contracts are renewed every August.
The players are preparing to for a tour by Pakistan ‘A’ later this month, which is in preparation for a Test series against Sri Lanka in October.
Other areas of concern by the players include lack of such basis material as balls and practise nets.
Said a player source on Wednesday: “We have refused to train until we get new contracts and match fees.
“The match fees were due end of July. No communication is coming from ZC. They are currently having an AGM now so the players took the opportunity to send team manager Chris Chiketa with the message to (managing director Wilfred) Mukondiwa and he said he can only meet us tomorrow (Thursday).
“The other issues we have are lack of sufficient balls to train with and there are no nets for practise…imagine! Last time when we tried to train we couldn’t because ground staff did not have the 10 litres fuel to cut grass.”
Zimbabwe’s cricketers have previously also resorted to strike over wages and contractual issues.
When contacted by ESPN over the latest standoff, ZC spokesperson Darlington Majonga said: “The players have asked ZC for an update on new contracts and their delayed match fees,
“… but to equate their honest request for an engagement on the important issues to an ultimatum of some sort would be kind of making a mountain out of a molehill.
“What is important is that their contracts are ready following an all-inclusive negotiation process that involved representatives of the players
“On the other issue, ZC has been paying the match fees in tranches and will settle the outstanding amounts soon.”Advertisement