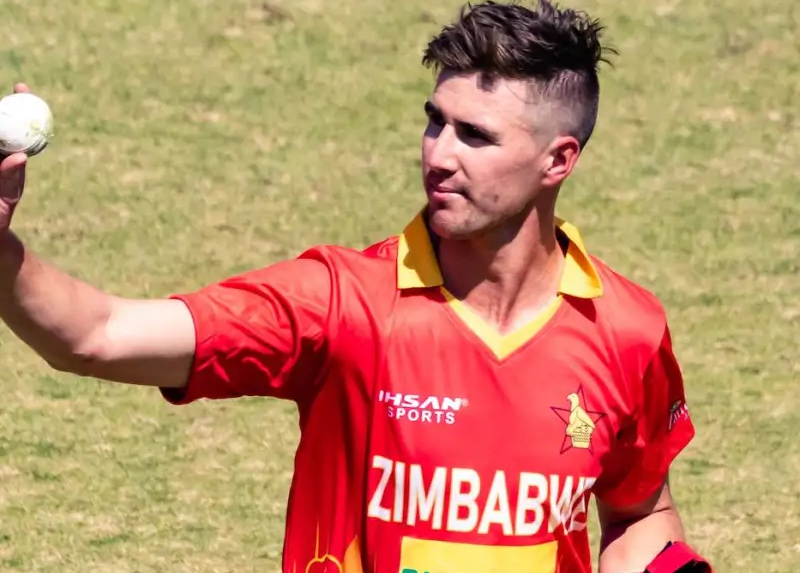 THE Zimbabwe cricket team’s woes against India continued in the just ended ICC ODI super league as they were thrashed 0-3 by the sub-continental giants.

Zimbabwe went into the series on the back of impressive performances against Bangladesh winning the three-match series 2-1.

However, the Chevrons could not carry the fine form into the India series, crumbling in the first game by 10 wickets before losing by 5 wickets in the second encounter and coming close in the third match which they lost by 12 runs.

Despite all the turmoil against India, there was bright spark in the Chevrons squad – Bradley Evans.

Evans proved his mettle as a bowler and a batter finishing the series with.

He got his debut in the Chevrons colours against Bangladesh as a replacement to Blessing Muzarabani who was injured prior to the series.

Evans said he is not looking back and wants to solidify his position in the Chevrons team.

“It is fulfilling, because there were moments if I am honest of me being in the side against Sri Lanka for that one day series,” he said.

“People thought I should have been there because I had been performing at the franchise level. 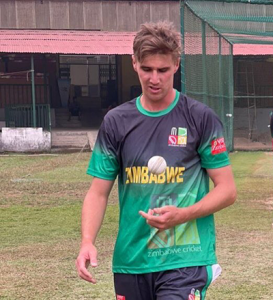 “Sport is all about confidence if you’re confident you’re good and I am now confident. I am not looking back.”

The 25-year-old has taken five wickets in the ODIs since making his debut for Zimbabwe in August against Bangladesh.

He could not have dreamt of a better stage in front of home crowd and his idol Shubman Gill.

“Going into the series I was a big fan of him (Gill) now I am playing against him,” he said. “That is really cool for me. He is a world class player. I have watched him on Tv in the IPL, to play against him was amazing.

Bradley is so to legendary Zimbabwe cricketer Craig Evans.

In the few games that he has played, Evans says he has not delivered his best yet and has set an ambitious target of playing in the Indian Premier League (IPL).

“I play cricket because I believe I can offer cricket as a whole something.. I wouldn’t play if I didn’t believe I can win matches for Zimbabwe and take my name outside.

“I still think I have not delivered my best performances yet. I want to take my cricket as far as possible if that means IPL.”