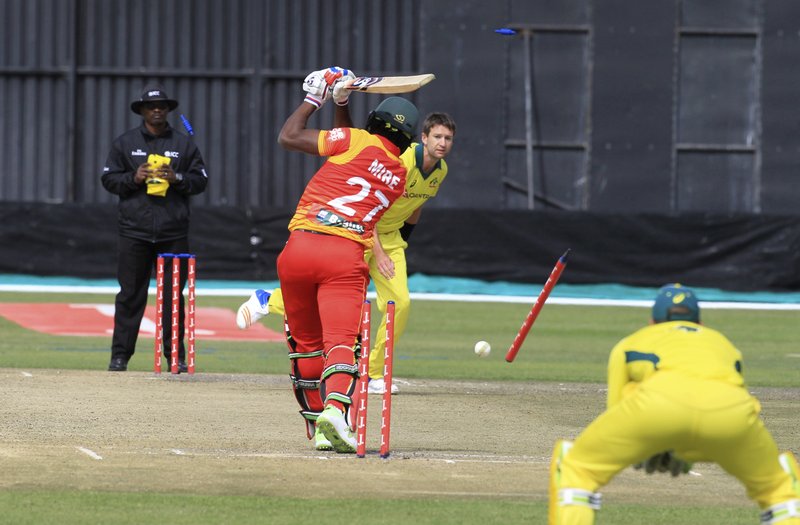 Zimbabwe crashed to 117 all out after being sent in to bat in the first one-day international against South Africa at the Diamond Oval in Kimberley on Sunday.

Although captain Hamilton Masakadza made 25 and Elton Chigumbura hit 27, Zimbabwe were unable to put together any substantial partnerships as the South African bowlers exploited a pitch of variable and occasionally steep bounce.

Zimbabwe may have been unfortunate when Craig Ervine was the second batsman out, given out caught behind off Wiaan Mulder for seven. Replays suggested the ball may have missed his bat.

No decision review system is in place in this low-profile series.