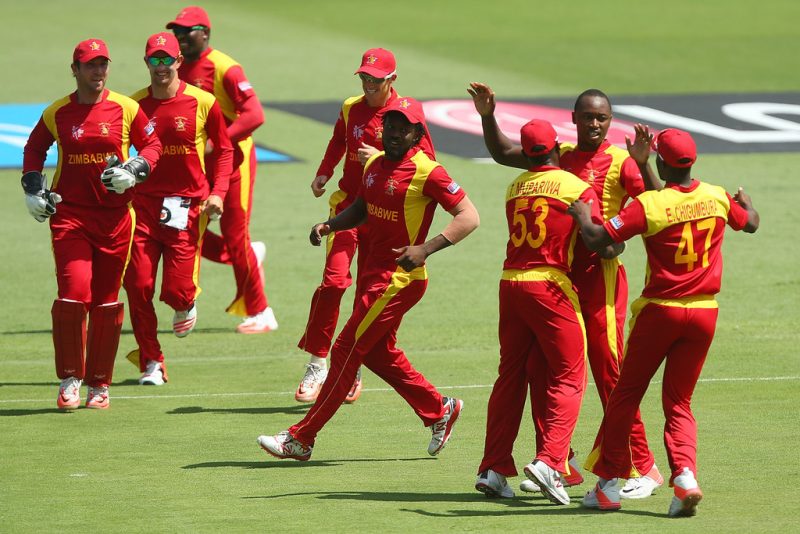 IN A tournament that has already seen some very close finishes, Zimbabwe and Scotland produced another with a nail-biting tie at Queens Sports Club.

Scotland recovered from 173 for 8 to 209 for 8, just two runs shy of victory, when Tendai Chatara struck to take the match into golden-goal territory, with the final over to be bowled by 21-year-old rookie Blessing Muzarabani.

“That last over, it was a toss up, whether to go yorker or to go length,” Zimbabwe’s captain Graeme Cremer said long after the tension had settled.

“And we knew the ball was going to tail a little bit, a bit of reverse swing. But when he [Muzarabani] bowled that wide, I thought ‘there’s got to be something special now.’

“With a nick to third man, or the ball hit into a gap, that’s the game. But luckily, he got it right at the end there, and it went through to Brendan [Taylor, the wicketkeeper].”

Scotland captain Kyle Coetzer allowed a peak into their plans as well: “Just leading up to the end, we were trying to make sure we could get Michael Leask on strike. He’s a hugely dangerous player, as you saw today.

Mark Watt took it in his own hands and hit a few boundaries, and did outstandingly well. And there were obviously a couple of crucial moments, crucial points there towards the end, when we were two runs away from victory, and maybe the heat of the moment got to us.”

Watt had taken successive boundaries off Chatara, driving and pulling confidently, in the penultimate over. He then attempted to clear the infield and end the match, but could only get as far as Sean Williams at mid-off.

The scores were brought level when the first ball of the last over from Muzarabani hooped full and wide down the leg side. Looking to put bat to ball, No. 11 Brad Wheal then fended at it and sent a nick to the wicketkeeper to make it a tie.

“We’re not sure how we should be feeling,” Cremer said.

“Really excited, because we felt like we dodged a bullet there. They probably should have beaten us. But good fight shown by both sides, and to come away with a point, we’ll take that. That never-say-die attitude out there was excellent.

“We came away with a tie, but if we had held on to one or two catches we might actually have won this game, like we did against Afghanistan. So, bittersweet.”

Despite the low-scoring match, Cremer suggested that the pitch used for this game had actually been easier to bat on than the one used for Zimbabwe’s match against Afghanistan, when neither side reached 200.

“I thought the wicket was a bit better than the last game,” he said. “It looked a bit better to bat on. It’s always going to slow down in the afternoon. It’s a used wicket and it is Queens, and Queens is renowned for that. But there wasn’t excessive spin.

“Some spun a bit, but you can expect that from Queens. I think both teams just batted poorly on that wicket. We thought 250 or 260 was a par score.”

Both Scotland and Zimbabwe had won three matches coming in to this encounter, producing some high-quality cricket and Coetzer insisted that his team would keep their eyes on the prize.

“Our mission is to make it to the World Cup and we’ll just take it one game at a time from here,” he said. “Well done to Zimbabwe as well, thoroughly deserved. It just added to the intense nature of this game and the competition as a whole.

“There’s going to be some more of this, plenty more, as we go along . It was an outstanding game of cricket. Well played to both sides. It was a great game of cricket to be part of and it’s one that we’ll probably always remember too.”