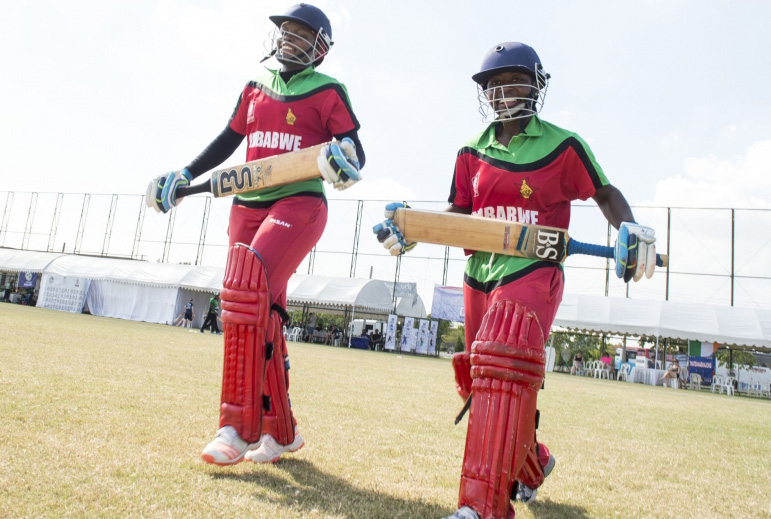 ZIMBABWE national women’s cricket team stars Chipo Mugeri and Modester Mupachikwa have been handed a once-in-a-lifetime opportunity to showcase their talent at the global stage.

The two have been named in the Women’s Global Development Squad (WGDS) that will play in the run-up to the Women’s Big Bash League in Sydney, Australia.

As the top 10 international women’s cricket teams battle out at the ICC Women’s World Twenty20 in the Caribbean, the brightest stars from the next top-ranked sides head to Australia, for a joint initiative run by the International Cricket Council, Cricket Australia and the Women’s Big Bash League (WBBL). 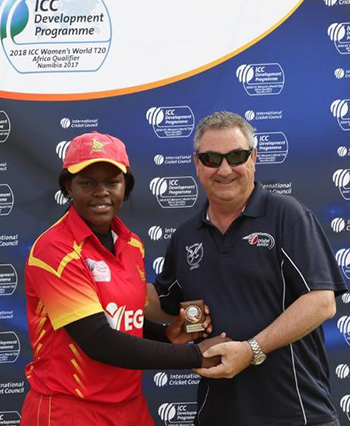 The Zimbabwean duo took up two of the 12 international places availed by the International Cricket Council (ICC) to high-performing players from outside the ICC Women’s Championship.

26-year-old Mugeri, who is married to national men’s cricket team bowler Donald Tiripano, is the current captain of the Zimbabwe women’s national team.

An aggressive, left-handed top-order batter, Mugeri has played 15 one-day and 25 Twenty20 (T20) matches on the international stage, scoring four and five half-centuries in the respective formats.

The 21-year-old wicketkeeper-batswoman, Mupachikwa on the other hand has featured in 15 one-day matches for Zimbabwe, scoring four half-centuries since making her international debut at the age of 14 against Japan in 2011.

She also has four fifties to her name in her 19 Twenty20 games with the national side.

Zimbabwe Cricket acting managing director Givemore Makoni commended the selection of the two players for the WGDS programme, which will consist of a minimum of five T20 matches against Women’s Big Bash League clubs from 19-23 November in Sydney, Australia.

“We are pleased to have two of our key players taking part in the global development initiative which will provide them with invaluable experience as they will get to play with and against some of the game’s best players in the run-up to one of the world’s biggest tournaments,” Makoni said.

The ICC says the WGDS programme will give participating players and coaches the chance to learn from each other, test their skills against world-class teams and experience new training environments and cultures.

This will be followed by a five-match programme, which forms a part of the WBBL warm-up schedule for Brisbane Heat, Hobart Hurricanes and Sydney Thunder.