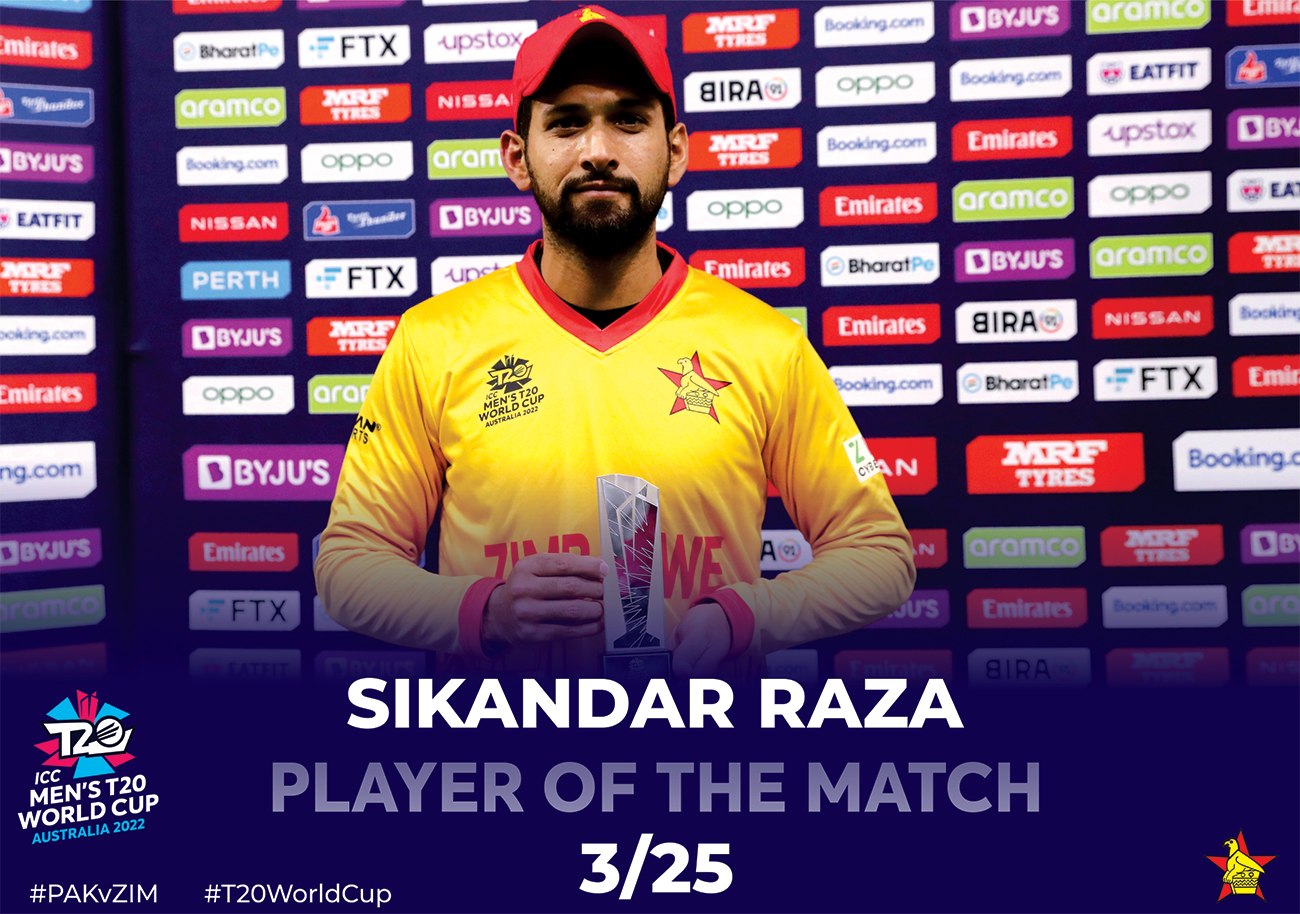 After starring with both bat and ball as Zimbabwe confounded expectations to reach the Super 12 stage of the competition, Raza gained two places to number four while Williams also made notable progress after moving two places up to number nine in the global rankings of the all-rounders.

Raza has been one of the top performers at the ICC T20 World Cup, which earned him a nomination for the ICC Men’s Player of the Month for October.

The Pakistan-born Zimbabwe star scored 219 runs and had 10 wickets during the month, with a highest score of 82 against Ireland and was complemented by bowling figures of 3-19 against West Indies.

Williams was also in good form as he was Zimbabwe’s second-highest contributor of runs, with 155 in the bag and five wickets.

Sri Lanka spinner Wanindu Hasaranga has regained the number one spot for bowlers in the ICC Men’s T20I Player Rankings, while India’s Suryakumar Yadav has consolidated his position as the top batter in the latest weekly rankings update.