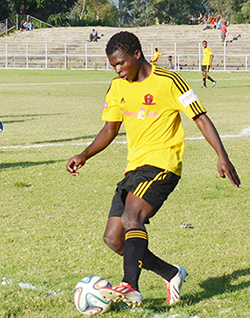 CAPE Town – Kaizer Chiefs have not yet decided if they are going to sign Zimbabwe duo Mitchell Katsvairo and Edmore Chirambadare, according to reports.

The pair, who both play for Chicken Inn in the Zimbabwe Premier League, were on trial with Chiefs earlier this season and did enough to impress the technical staff.
Katsvairo is a striker with blistering pace while Chirambadare can also play anywhere across the frontline.
However, the South African giants are still searching for foreign players for next season, casting their net far and wide to find the right players.
Chiefs failed to defend their Premiership title, ending the campaign in a disappointing fifth place, and will look for reinforcements to bolster their squad.
Katsvairo and Chirambadare have also attracted interest from South Africa National First Division side Amazulu, with both players keen for a move to South Africa.