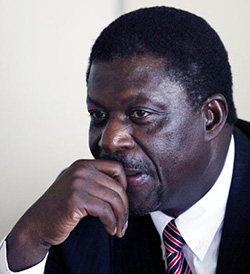 THE government has engaged France-based Bureau Veritas to enforce import standards while it works on enacting consumer protection and standards bills, an official has said.
Addressing a meeting of industry bodies reviewing the impact of imports on the economy in Harare on Monday, Industry and Commerce minister Mike Bimha said Veritas would inspect goods coming into the country.
“We will bring the services of an international organisation called Bureau Veritas, which is very much experienced in pre-shipment, in terms of making sure that the goods that come into this country meet health and safety standards,” he said.
Bimha did not elaborate when Veritas would commence its work or how much government would pay for its services.
According to its website, Veritas, which started operations in 1828, says it is a global leader in testing, inspection and certification “delivering high quality services to help clients meet the growing challenges of quality, safety, environmental protection and social responsibility.”
It also offers innovative solutions that “go beyond simple compliance with regulations and standards, reducing risk, improving performance and promoting sustainable development.”
The ministry has drafted the Consumer Protection Bill aimed at protecting consumers as current pieces of legislation protecting them are scattered across various ministries, according to Bimha.
He said the ministry will also present before Parliament the National Quality Standards Regulatory Authority Bill, which will set out expected standards, after finalising consultations.
The country has been battling cheap imports mainly from China and neighbouring countries while consumers have often complained of being sold substandard goods.Advertisement